Dragging tribunals into the 21st century

The way employment tribunals record their proceedings may soon be modernised, with handwritten notes being replaced by digital recordings and possibly even AI-assisted transcripts. The use of the latest technology to provide services rapidly accelerated during the coronavirus pandemic. During the lockdowns, whole swathes of government services and industries embraced technology to move online overnight. 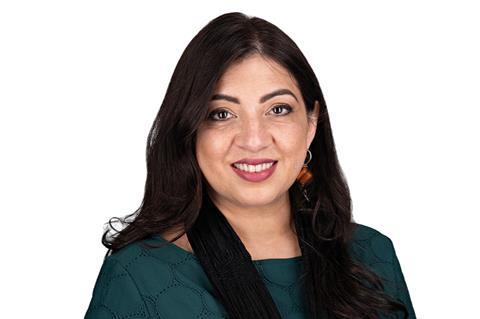 However, employment tribunals still rely on the antiquated practice of using handwritten notes to provide a record of both online and in-person hearings, although I have, just once in 20 years, seen an employment judge type up notes on a laptop as the hearing proceeded. We are not so far along from notes being written with a quill on parchment. Yet the tribunal’s written records remain the conclusive record of evidence.

This outdated practice needs to change. It simply does not lend itself to accurately recording the often broken interactions which occur during tense and fraught verbal exchanges at tribunals. The net result is that it is often very difficult to piece together important aspects of oral evidence, or the answers given in cross-examination.

Thankfully, judges are currently discussing new proposals which may finally address this problem. The plans would see remotely conducted hearings recorded digitally, with official transcripts later being made available to parties. This would bring employment tribunals more closely into line with other UK courts, and practice in other jurisdictions. Hopefully, the recording of in-person proceedings would soon follow.

It is remarkable that, in a time when the entire business world routinely records meetings, courts still resist – even though accurate recording of proceedings is critical to the administration of justice. Of course, the Contempt of Court Act 1981 makes it an offence to record proceedings without permission, and where such permission is given, it is an offence to publish recordings.

Current practice also creates a significant imbalance against unrepresented litigants. This is because they simply cannot make an accurate handwritten record of the proceedings while simultaneously conducting their case. By contrast, well-funded litigants, which will typically be the employers, often have an army of lawyers and assistants to make an accurate record of proceedings. Should a dispute arise over what was said in evidence, only one party will have a comprehensive record of the evidence given to back up their claims. I am currently dealing with a case which was appealed largely on the basis of a dispute over what was said in court. A recording would have resolved the issue before it was ever appealed.

It seems remarkable for HMCTS to allow such potential unfairness and confusion to persist, given the ease with which an accurate recording of proceedings can now be generated. It is also antithetical to the principles of justice to allow a disparity to exist in terms of parties’ ability to create an accurate record of evidence.

There are, of course, potential disadvantages to creating audio recordings of hearings. First, there is the time it can take to review such a recording. By contrast, notes and typed documents can be swiftly scanned by expert eyes. However, technology is coming to the rescue in this regard. New and improved voice recognition software can now create a surprisingly accurate transcript from an audio file in mere moments. Human input may be needed to check it for accuracy, and to correctly attribute the words spoken to each speaker. However, the workload involved in creating transcripts can be significantly reduced by the use of such technology. What is more, the speed with which transcripts can be created could be increased, which would be of benefit to judges, lawyers and litigants alike.

Some jurisdictions have embraced real-time technology-assisted reporting, with countries such as Ireland using voice recognition technology to enable rapid availability of transcripts. Indeed, the UK government’s own digital marketplace already lists a Digital Justice Platform which can ‘create high quality digital audio and video recordings of court proceedings’. Its ‘Speech to Text service is used to automatically generate a high quality transcript, using AI technology. Audio and transcript is available within minutes of the spoken word via the FTR app’. While such services come at a price, and the court’s permission is required, the reality is that services already exist in the UK which can instantly create transcripts and recordings.

Time can be of the essence when it comes to creating transcripts. Significant risks can also arise from delays in a judge writing up their judgment. Such delays often mean that barristers must refer to their own patchy notes when revisiting a case for a write-up. In so doing, they can sometimes miss a critical point, which can result in cases going to appeal. Similarly, when people speak over each other, or in broken phrases, handwritten notes can become incomprehensible. The benefit of recording and reliable transcripts is not necessarily to replace note taking, but to provide a reference point within a recording that enables a lawyer to jump to where they need to, in order to check the context and accuracy of something that was noted.

Some may have concerns about data protection. However, court proceedings are, as a rule, held in public and the necessary processing consents can be obtained. Few would object to the production of a swift and accurate transcript of proceedings, which would be to the benefit of all.

It is time to drag the employment tribunal into the 21st century. The courts should embrace digital recording and transcription and leave behind antiquated practices, which are both inefficient and which also undermine fairness between the parties. There is little to lose and much to gain.

Hina Belitz is a partner and specialist employment lawyer at Excello Law, London