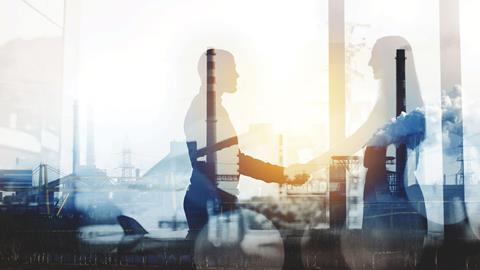 In the second in a series of articles on effective deal-making, I look in more detail at the first two Ps for successful deal-making – principles and planning. 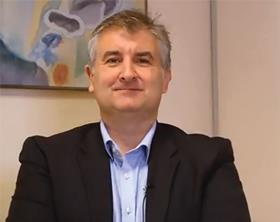 Business is unpredictable. Deal-closing in business is even more unpredictable. It has its own particular set of obstacles, difficulties and surprises that invariably arise. Ego, dubious business ethics, corrupt practices, a ‘head in the sand’ mentality, anger, greed and so on add extra layers of uncertainty. Many things can go wrong in a deal-closing journey, such as derailing tactics from the other side, unhelpful egos among the stakeholders, internal or external blockages, or simply that the business environment changes during the deal-closing process.

Following a clear strategy, using in-depth planning, engaging the right people, ensuring stringent and exacting execution, experience, intuition, good communication skills, empathy, persistence and constant monitoring are all essential ingredients for ensuring successful deal-closing. You also need to be flexible and to learn from successes and mistakes in prior deals.

Every deal is comprised (to a greater or lesser extent) of the same underlying principles and directions. Good deal-closers engage certain skills and techniques that maximise the chances of deal-closing success. Good deal-closers know how to play the ‘deal game’. Having a clear business strategic intent for the deal in question and communicating it openly to staff is essential for obtaining their ‘buy-in’, which in turn helps with executing the deal.

Broader than selling or negotiating

Both good selling and negotiating skills are essential components of the successful deal-closer’s armoury, and exist alongside other skills and techniques that a good deal-closer can call upon. The same applies for lawyers, whether in private practice or in-house. Selling requires skills of persuasion, which we all have in us, to varying degrees, from an early age. Selling is essentially the act of persuading the other side to provide you with what you want. Remember stamping your feet to get what you wanted as a child? Persuading, convincing and, therefore, selling are some of the most natural, familiar and oldest human skills.

An accomplished salesperson can navigate the differences in objectives, drivers, viewpoints, prejudices and even cultural differences between them and their customers. That said, ever-lurking to counter our innate skills of persuasion are (the equally powerful) ego, anger, greed, ignorance and self-centeredness which at any time can derail a deal. But there are a number of mechanisms a good deal-closer can use to minimise these very basic, yet powerful, human factors. In sales, the seller’s unique selling value proposition – the thing that differentiates the opportunity in the other side’s mind from an alternative – is the key reason why the other party gives the deal-closer what they want.

Value propositions are a powerful tool of persuasion. A value proposition is a definitive statement that promises, from your proposal, the delivery of value to the other side. The more specific the proposition the better, not least because it demonstrates to the other party that you understand what they need and/or want. More importantly, it indicates that you recognise the deal is not just about you.

Negotiating is different from selling, in that negotiating requires the act of giving to receive and, in the process, accommodates the parties’ differences to facilitate an agreement. Selling is about establishing a need or desire in the potential buyer for what you are offering. It is then about overcoming differences through persuading the other party of the value of the service or product that you are offering.

Unlike selling, negotiation necessarily requires the deal-closer to make concessions. That said, good deal-closers are able to negotiate the deal with minimal compromise. The ability to negotiate successfully requires honed interpersonal skills for maximum success. With these skills, an accomplished negotiator can confidently ask for the outcome they are looking for, provided of course it is within reasonably achievable parameters.

Negotiation can be expensive and selling can be time-consuming, so it is usually wise also to consider alternative tools for making a deal. An essential element of an accomplished deal-closer is to know, understand and deal with both the best-case scenario and the worst-case scenario as the deal proceeds. The best alternative to a negotiated agreement (otherwise known as the BATNA) can come into play here. It determines what each party has to give up or exchange to make the deal happen.

Examples of alternative deal pathways include:

There is a tendency to think that a deal-closer must ‘win’ and the other side must ‘lose’. If the only thing being negotiated is money, then yes, in that circumstance, a deal can be that straightforward. But we have rarely been part of a deal scenario where money is the only factor at play. The goal of creating a good deal for both parties through mutual value satisfaction is not only possible, but also the only really sustainable way to do business.

This P demonstrates that if you fail to plan, you plan to fail. Thorough preparation and planning gives you the best opportunity to understand all the possible strengths, weaknesses, opportunities and threats in your deal-closing game plan. Do not cut corners. Despite the temptation to do so, never rush your strategic planning.

All successful deals begin with the right strategy, with risk analysis and measured processes in place. The tactical benefits of a well-honed strategy are that it helps you determine what you want, how you are most likely to achieve it and then to choose your optimal tools and optimal team for execution. Speed, of course, can be important at the right time in the deal-closing proceedings, but advanced planning, clarification and preparation are even more important. Being prepared increases your ability to successfully get through difficulties on the deal journey with confidence.

The more open and authentic you are in your questioning, the more you are likely to receive the quality of the information you require. The use of direct questions is the time-honoured way of gathering information from people willing to share it, but the questioning needs to be done carefully. Face-to-face questioning also gives you the invaluable opportunity to pick up on the hints, gestures, suggestions and other subtleties that accompany the response. After all, the whole point of asking questions is to help you explore and frame your ‘deal zone’ for the deal and, in the process, to find out what the other side needs and wants.

From a corporate perspective, direction-setting in relation to a deal – whether merger and acquisition, takeover or otherwise – is essential. It is critical to lay the foundations, but deal-closers should not choose generic methods to achieve their objectives. Different industries, company categories, sizes, business models and so on all require distinct and customised approaches. Only a fool would enter into a deal scenario not knowing who was on the other side, anticipating their communication style, which points to make, what the value of the exchange is to both sides and so on. Success in deal-closing all comes down to preparation and planning.

As part of your planning and preparation phase, it is essential to decide your key issues and priorities (for example, what your opening position and bottom line need to be and how and when to make the first move). Only then can you realistically prepare your arguments and proposals. You should resist the temptation of getting so fixated on achieving one issue that you lose sight of the relative, or potential, importance of other issues at play.

Deal-closing requires an appreciation of what is important now, plus the ability to predict what will be important down the line and to balance the two. It is essential not to rush the first step of identifying and prioritising all relevant issues. There are essentially two types of issue at play:

Unlike primary issues, secondary issues are rarely deal-breakers, but they can be particularly useful if there is an impasse at primary issue stage. Introducing secondary issues can add sufficient perceived – or even actual – value in the eyes of the other side to get the deal moving again. In other words, trading the secondary issues may be the means of providing both sides with the complete result they need from the deal, which they might not otherwise have appreciated.

To define your deal zone, you need to research, prepare and stress-test the following positions (in order) for each of your primary (and some secondary) issues:

The key outcome of defining your deal zone is to enable you to eventually land somewhere between your opening and likely outcomes. Be aware, however, that framing the deal zone is not a static process; rather, it is a fluid, two-way process that changes and develops throughout the deal discussions.

This is the second in a series of articles by Simon Haigh, a solicitor, professional coach and author. Haigh is managing director of related global advisory businesses expertdealcloser.com and gcmadvisory.com