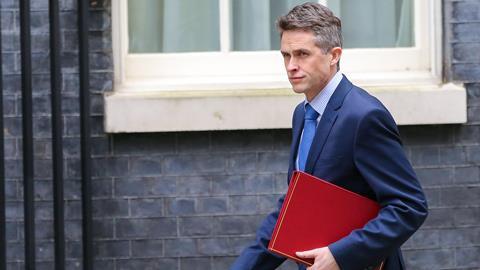 In a television interview last month Gavin Williamson - then UK Defence Secretary - criticised the decision to grant legal aid to ‘Isis Bride’ Shamima Begum. His comment was an unwelcome attack on a legal safeguard designed to protect those who are unable to pay for legal representation.

In February, Home Secretary Sajid Javid ordered that Begum’s UK citizenship should be revoked after she left the UK for Syria in 2015, aged 15, to join Islamic State. In March, Begum’s family lodged an appeal to the Special Immigration Appeals Commission to challenge the legality of Javid’s order. On 14 April, the Daily Mail reported that the legal Aid Agency (LAA) had granted legal aid to Begum to fund this challenge.

Speaking to ITV News on 16 April, Williamson said the British people did not like the decision to grant legal aid to Begum and neither did he. He added that people could not understand why Begum was being given legal aid when she ‘turned her back on this country’.

A day earlier, foreign secretary Jeremy Hunt had told BBC Radio 4: ‘On a personal level, it makes me very uncomfortable because she made a series of choices and she knew the choices she was making, so I think we made decisions about her future based on those choices.’ However, Hunt added: ‘We are a country that believes that people with limited means should have access to the resources of the state if they want to challenge the decisions the state has made about them and, for obvious reasons, those decisions are made independent from politicians.’

Indeed, those reasons should be obvious and should discourage politicians from issuing public comment criticising the decisions of an independent governmental agency. That obviousness escaped Williamson, however, who responded to his interviewer’s suggestion that the reason Begum’s challenge was receiving legal aid funding was to allow her to have a fair hearing: ‘People make a choice and she made a choice in terms of turning her back on this country.’ In Williamson’s mind, it appears, the result of her appeal is, or should be, a foregone conclusion and therefore funding that appeal is a waste of public resources.

Williamson is not alone in his views. Philip Davies MP told the Daily Mail he thought the LAA’s decision was ‘absolutely disgusting’ and ‘ridiculous’, while Tim Loughton MP said, apparently without irony or appreciation of the circularity of his argument: ‘This shows that the Home Secretary was right to strip her of British citizenship.’

It is concerning that government ministers can speak so blithely of their wish to refuse someone the right to challenge a decision made by the Home Office about something so fundamental as citizenship. Their remarks will not have any impact on the decision but this is all the more reason not to have made them; doing so serves no purpose other than to encourage public opposition to the independence of the LAA and, by extension, opposition to the basic right to fairness in legal proceedings.

Since Williamson’s comments, The Sun and the Daily Mail have led a chorus of opposition to the LAA’s decision. The Sun has warned the decision ‘set a terrifying legal precedent’ that will ‘open the floodgates’ to ‘scores more appeals’ that ‘could cost the taxpayer £24million in legal aid.’ The Daily Mail parroted the same article before listing other ‘villains’ who had benefitted from legal aid, including those subsequently convicted of murder, child abuse and terrorism offences.

Both publications completely, and deliberately, miss the point. Legal aid exists with the aim of ensuring access to a fair trial for anyone who is unable to afford legal representation. It might fall short of that aim and it might appear to be inconsistently granted but that does not affect the legitimacy of its objective. The consequences of an unfair trial are gravest for those who stand to lose the most. Accordingly, those accused of the most heinous crimes or those whose most basic rights are under threat are those most in need of its protection.

The most troubling part of Williamson’s interview came when he was asked whether he thought legal aid rules should be changed as a result of this decision. He replied: ‘This goes to show that this is something that needs to be looked at afresh.’ Such a public and political attack on the legal aid system by a cabinet minister shows a worrying disregard for the rule of law, which politicians are duty-bound to protect.