Grenfell and the right to free expression

On 6 November 2018, it was reported by several media outlets that six men had been arrested on suspicion of causing harassment, alarm or distress contrary to s.4A of the Public Order Act 1986. This follows the publication of a video, taken from a smart-phone, of a group of men burning an effigy of the Grenfell Tower on a bonfire. The video features laughs, cheers and chants by the surrounding audience and has caused unrest amongst a significant part of the general public. This comment is not aimed at discussing whether the conduct of the men concerned should be criminalised; rather, the focus is on the breadth of the alleged offence the men were arrested on suspicion of, its elements and any potential defences that may exist. 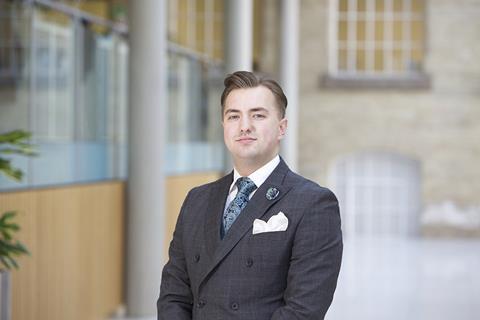 It will be helpful to start with the legislation; s.4A(1) of the 1986 Act provides that:

A person is guilty of an offence if, with intent to cause a person harassment, alarm or distress, he—

(b) displays any writing, sign or other visible representation which is threatening, abusive or insulting,

thereby causing that or another person harassment, alarm or distress.

Two issues warrant discussion in this piece; the first being that of intention on part of the individuals concerned, and the second whether any defences may be available.

In terms of the conduct element of the offence, there is likely to be little difficulty in proving that there has been display of a visible representation (the effigy itself) which is insulting. Difficulties may arise, however, in proving the requisite intention on part of those individuals. As is evident from s.4A(1), an offence can exist where the individuals concerned possessed the intention to cause any person harassment, alarm or distress. As Andrew Keogh, editor of crimeline.co.uk, stated in a Tweet ’#Grenfell there are no “thought crimes”, nor is it illegal to tell a joke, even a poor one or grossly distasteful one.’ Indeed, if the intention of the suspects was simply to ’joke’ or ‘have a laugh’, they may not be subject to prosecution. This is so despite how grotesque or distasteful that joke may be considered. That necessary link must exist between what the individuals concerned did, and what their purpose or desire was in doing so. This may be a difficult task. The law may infer, however, that the individuals concerned did intend such a result where it could be foreseen that persons may be caused such harassment, alarm or distress. The words used by the suspects, their conduct at the time, along with the motivation/support of the crowd around them may all be sufficient to infer the requisite intention.

A further difficulty exists, however, in relation to several defences available under the Act.

A defence exists under s.4A(3) where the individuals concerned are (i) inside a dwelling and (ii) had no reason to believe that their words or conduct would be heard or seen by a person outside of that, or any other, dwelling. Important this is an ‘and’ test requiring the satisfaction of both elements.

The meaning of the word ‘dwelling’

First, the BBC mistakenly reported that a defence exists if the defendants’ conduct was committed whilst on a ’private residence’. From s.4A(3), this is clearly not the case with the special defence only applying in circumstances where the offending conduct took place ’inside a dwelling’. The use of the phrase ’dwelling’ in the statute is clearer and a narrower and stricter requirement than that of ’private residence’ and goes some way to demonstrating the intention of Parliament in its enactment. Section 8 of the 1985 Act defines a ’dwelling’ as ‘any structure or part of a structure occupied as a person’s home or as other living accommodation (whether the occupation is separate or shared with others) but does not include any part not so occupied’. Accordingly, ’structures’ includes such things as tents, caravans, vehicles and the like. In this instance, it appears the bonfire took place in the private garden of the men concerned. The issue would become, therefore, whether the private garden amounts to a ’dwelling’. In DPP v Distill [2017] EWHC 2244 (Admin), Lindblom LJ in the High Court, ruled that for the purposes of an offence contrary to s.5 (Harassment, alarm or distress), a garden to the front or rear of a dwelling-house falls outside the definition of a ’dwelling’. His Lordship did express that this interpretation may not be so in every case; however, it is difficult to envisage a different interpretation for the strikingly similar offence in s.4A. In this respect, it would be hard to imagine a defence succeeding given the interpretation of dwelling. This accords with a common sense understanding of the offence which is clearly aimed, by its very nature, to deal with ’public’ disorder and not matters being individuals in private. Given that such conduct took place in a garden, has the ability of being overseen or heard by other parties, it is logical to rule out a garden as forming part of a dwelling.

The issue of having ’no reason to believe’

Secondly, if a court were minded, however, to interpret dwelling in a generous fashion, a problem arises in deciphering whether the individuals concerned had ’no reason to believe’ that the offending conduct would be seen or heard by a person outside of that dwelling. No evidence exists at this stage that neighbours close by overheard the antics of the group; or, if they did, that they had suffered alarm, harassment or distress as a result of it. The issue, therefore, would appear to be whether the suspects were aware that they were being filmed and, if so, whether they were aware that the film would then be published online for the wider public to see. If the answer is no to either of these questions, it could be said that they had ’no reason to believe’ that the offending behaviour would be seen or heard.

Without reference to the distasteful nature of the conduct in question, the issue remains one of substance and fact: would a tribunal of fact, consider that the individuals in question had the necessary intention to cause alarm, harassment or distress, given their apparent joking nature and, if so, could any sort of defence be made out by those individuals that their conduct was contained in a dwelling, with ’no reason’ to believe that such alarm, harassment or distress would be caused.

This comment would not be complete, however, without a brief mention as to the wider issues and implications that cases such as this bring. In a world where digital technology rules and news somewhere is considered as being news everywhere, it is difficult to envisage a set of circumstances which can truly be categorised as ’private’. This is exceptionally so with the continued rise and influence of social media as a platform for communication. A fine balance exists, therefore, between the protection of an individual’s fundamental right to express themselves in private, regardless of how distasteful that expression may be and the criminalisation of offensive conduct in public. The continuing issue being whether the dividing line between public and private expressions are clear and whether intervention from the state in the given circumstances is appropriate. This case pushes those issues into the limelight and one must wait in anticipation for the decision of the prosecuting authorities regarding a charging of an offence in this case.