Guideline hourly rates: out of the deep freeze

It has been a feature of civil justice reform that rates are set and not updated with the passage of time – personal injury lawyers working on fixed recoverable costs can attest to that. You might think it sensible to at least put some kind of automatic, inflation-related mechanism in place, because it negates what becomes an urgent need to review. But then, sense and civil justice reform do not always go hand in hand. 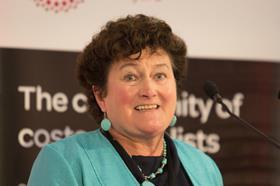 Thus, publication this month of the interim report of a Civil Justice Council working group on the guideline hourly rates (GHR) is more than overdue – and, thankfully, includes a recommendation that they be increased by inflation every year.

Much has happened since 2010, when the rates were last set, and the judiciary has finally recognised just how urgent a review has become. Last autumn, judges dealing with the costs in cases ranging from heavyweight commercial matters to the Court of Protection spelt out how unhelpful the rates were.

Indeed, a survey we carried out of our members last year showed that 60% of costs lawyers thought the old rates were now doing more harm than good.

The recommendations of the group have now gone out for consultation, with a view to submitting a final report to the master of the rolls in June. I can only hope that the consultation attracts greater interest from the profession than the call for evidence, the relatively low levels of which clearly made the group’s life difficult. I find this inexplicable. Why do solicitors not want to do everything they can to justify higher rates?

We should not forget that, in 2015, the then master of the rolls, Lord Dyson, froze the GHRs at their 2010 levels indefinitely because of insufficient evidence, despite recommendations in a report produced by a similar working group, headed by Mr Justice Foskett. We cannot allow this to happen again.

The group itself described the proposed increases in rates – ranging from 7% to 35% depending on the band and grade – as modest. Inflation, it said, increased during the last decade by anywhere between 13% and 34%, depending on which index you used.

The structural changes recommended by the group focused on London, while it proposed reducing the number of regional bands from three to two and suggested that, in future, this could go down to one. That the capital might be broken up into more bands (three) than the rest of the country combined seems, to be polite, surprising and a touch London-centric.

City lawyers would do well not to smile too much at this. The working group noted that the Foskett review saw evidence that some firms were charging for work at their London office rates that was carried out in regional or outsourced offices. Foskett said: ‘This will, of course, always be a matter for close scrutiny at that costs assessment stage.’

The report said some members of the present working group were ‘not convinced’ that such scrutiny happened. The Civil Procedure Rule Committee should consider ‘a small but significant amendment to the summary assessment form N260 and to the information provided on the detailed assessment bill’, which would require the signatory to specify the location of the fee-earners carrying out the work.

Foskett also recommended that suitably qualified costs lawyers should be eligible for grades B and C. Lord Dyson accepted this recommendation but, because of his overall decision, it was not implemented. The working group did not revisit it, as the issue had been examined in depth in 2014, and we strongly believe that this should now be introduced. Costs lawyers more than prove their worth and, as properly trained and regulated professionals, should be equated with more senior practitioners.

The main reason the working group gives for not going further with its recommendations is that it foresees the need for a deeper review in the coming years. It says court modernisation and Covid-19 are likely ‘fundamentally to affect the way in which the legal profession provides its services’.

The group said: ‘This may well be within, say, three years, though it is difficult to predict… That would be the appropriate occasion to examine the methodology, how effective this working group’s work has been, and any appropriate, evidence-based amendments to geographical areas.’

This is not necessarily wrong, but to end where I started, things do not move quickly in civil justice. The rates this group produces could be in place for many years. We will be responding in detail to the consultation, and I strongly urge every litigator with an interest in how much they get paid to do the same.

Claire Green is chair of the Association of Costs Lawyers