How Covid and Brexit put fraud on the menu

Supply problems, from chickens to fuel, impact the UK economy. But does this issue have wider consequences? In August, the Confederation of British Industry produced its latest distributive trade index which highlighted how retailers were struggling to maintain stock levels. This resulted in UK investors growing increasingly unsettled by fears that the economic recovery could be disrupted by the supply chain crisis. But there are other hidden, potentially even more troubling consequences, including a dramatic rise in fraud and bribery. 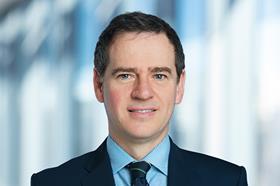 The latest distributive trade index is worth considering alongside the National Crime Agency’s National Strategic Assessment of Serious and Organised Crime published earlier this year, a comprehensive report of the threat posed to the UK by organised crime to date. It was informed by intelligence derived from law enforcement, government and private sector sources.

One of the key takeaways was the NCA’s conclusion that the threat to the UK in respect of fraud, bribery and corruption is highly likely to have increased compared with the 2020 baseline. The NCA has attributed this to both the pandemic and the UK’s withdrawal from the EU, with both issues having rendered it increasingly difficult for the NCA to investigate and detect these crimes. The upshot is that, over the past year, many instances of fraud, bribery and corruption may have gone undetected.

The NCA has warned that the impact of Covid-19 has not only hampered its ability to investigate serious and organised crime, but has created a landscape in which new opportunities for criminals have emerged.

In respect of bribery, corruption and sanctions evasion, the NCA concluded that the pandemic has heightened insider threats to businesses, as the prevalence of remote working has restricted the ability of employers to monitor staff and detect unusual behaviour. The NCA identified that procurement contracts in particular have been susceptible to bribery and corruption during the pandemic. The report also highlights recent examples of bribery and corruption in the financial sector, whereby staff facilitated the approval of fraudulent loan applications. The NCA emphasised that employees in a more financially precarious position due to the pandemic would be more incentivised to commit such offences.

In terms of fraud, the report confirms that the cost to the UK is in the billions, and has increased during the pandemic. It is estimated that in the year ending September 2020, fraud affected 3.5 million adult victims. Moreover, the NCA notes that ‘[t]he financial risk and damage to the public sector from fraud is demonstrated by frauds linked to the pandemic’. For example, the NCA assessed that fraudsters exploited demand for personal protective equipment and testing kits through the sale of counterfeit, unregulated or substandard products. In addition to this, criminals have attempted to exploit the vaccine rollout, including phishing attempts to access personal data for the purposes of fraud. Other fraud typologies that have emerged include the exploitation of government support schemes, such as furlough fraud, and romance fraud. In relation to the latter, the NCA has linked the high levels of loneliness and isolation during the lockdown restrictions to a wave of online romance fraud, often targeting individuals who are more vulnerable by virtue of age, technological knowledge or emotional state.

In conjunction with the pandemic, market turbulence caused by Brexit has presented obstacles to NCA investigations into bribery, corruption and fraud. This is likely to have had a similar impact on the SFO, which acknowledged the ‘2021 threat landscape’ as one of its four priority themes in its 2021/22 business plan, along with its focus on ‘international bribery and corruption in a changing world’. In the wake of Brexit and Covid-19, fluctuations in supply and demand provoked by supply chain issues have led to inflated pricing where there are shortages. This has been evident in several sectors including construction, which has seen a scarcity of materials such as cement, tiles and timber and, more recently, in the retail and food sectors. Consequently, it has become increasingly difficult for agencies such as the NCA to distinguish price volatility caused by the challenges of Brexit and Covid-19 from artificial volatility resulting from potentially corrupt payments. The report also considers it likely that UK entities will consider trade opportunities in alternative jurisdictions in order to remain profitable, now that the UK has left the EU. Inevitably, some of these jurisdictions will pose higher risks of bribery and corruption than others, which may increase the risk of international bribery and corruption involving UK businesses and individuals.

The report also warns that the UK’s departure from the EU has provided unique opportunities for fraudsters, ‘including misinformation campaigns via malicious emails and taking advantage of uncertainty around new regulations’. As such, the NCA acknowledges that it is now more crucial than ever for UK law enforcement to continue working together with EU partners to ‘share intelligence, develop investigations and pursue high risk offenders’.

While the impact of Covid-19 has led to a decreased threat in other types of serious and organised crime, the dual effect of the pandemic and Brexit on bribery, corruption and fraud cannot be overstated. Both issues have led to market fluctuations that obfuscate the anomalies which normally help the NCA and SFO identify fraud, bribery and corruption. Even with the heightened use of artificial intelligence, which remains a key issue in the SFO’s business plan, it is unlikely that all offences can be accurately identified in such conditions.