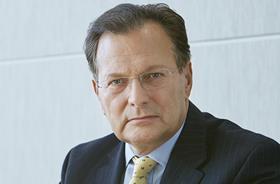 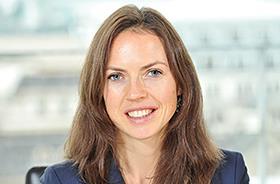 On 23 July last year the International Court of Justice (the court) delivered, in public sitting, its provisional measures order (the order) in the case concerning the Application of the International Convention on the Elimination of All Forms of Racial Discrimination (Qatar v United Arab Emirates).

The case concerns alleged violations by the UAE of the 1965 International Convention on the Elimination of All Forms of Racial Discrimination (CERD convention). This convention entered into force in 1969, making it the earliest universal human rights convention that is monitored by a UN treaty body today. It has 179 state signatories, each of which has committed to ‘condemn racial discrimination’ and to ‘pursue by all appropriate means and without delay a policy of eliminating racial discrimination in all its forms and promoting understanding among all races’.

The order imposed measures to ensure that the rights to family life, to education and to access to justice are not compromised by the UAE on a racially discriminatory basis. It also required that both parties ‘refrain from any action which might aggravate or extend the dispute before the court or make it more difficult to resolve’.

The order is an example of the court fulfilling its responsibilities as the ‘principal judicial organ’ of the United Nations. The Statute of the Court is annexed to the UN Charter and each UN member state is, ipso facto, a state party to the statute. Borne out of the discussions towards the end of the second world war about the shape of the post-war order, the court is an integral part of the edifice established by the charter for the peaceful resolution of disputes. The drafters of the charter decided to retain a standing international court of general jurisdiction – as the Permanent Court of International Justice had been – but to integrate it directly into the UN machinery. The charter mandates the peaceful settlement of disputes, and notes that the Security Council may ‘call upon’ parties to pursue these means of settlement. In so doing, it ‘should also take into consideration that legal disputes, as a general rule, be referred by the parties to the [ICJ]’.

The court itself has confirmed its role in ensuring that – no matter the degree of animosity – disputes are settled peacefully.

‘It is for the court, the principal judicial organ of the [UN], to resolve any legal questions that may be in issue between parties to the dispute; and the resolution of such legal questions by the court may be an important (and sometimes decisive) factor in promoting the peaceful settlement of the dispute. This is indeed recognised by article 36 of the UN charter, paragraph 3’ (Military and Paramilitary Activities, paragraph 93, citing United States Diplomatic and Consular Staff in Tehran, paragraph 40).

The case concerning the Application of the International Convention on the Elimination of All Forms of Racial Discrimination relates to the rupture in diplomatic relations between the UAE and Qatar, which occurred in June 2017. Just over a year on, the order was issued to address the violation of certain rights and the concomitant suffering, during what is a major dispute in the region’s history. The provisional measures show the court working towards the vision that underlay the creation of the UN, including the maintenance of international peace and security, international cooperation, and encouraging respect for human rights and fundamental freedoms on a non-discriminatory basis (article 1 of the UN charter). This includes the court directly reaffirming and upholding the prohibition on racial discrimination codified in the charter and that runs throughout human rights law.

In so doing, the court also elevated the significance of the case (including the provisional measures phase) for human rights in the region. It is a region in which certain states have chosen not to commit to many core human rights conventions, and, even where they have, they have excluded the jurisdiction of international bodies to adjudicate individual complaints or hear disputes between states parties. The case therefore has an important role to play in upholding and embedding human rights in a polity in which allegations of human rights abuses are not infrequent. The position that the UAE took before the court – not to dispute its obligations, but to claim that it was in compliance with them – demonstrates the way in which proceedings can result in public commitments and states focusing attention on their human rights record.

The court did not simply take the UAE at its word, but examined the evidence before it and in particular the risk of continuing harm to the rights in question. In issuing the order, the court reaffirmed its legitimacy as an independent mechanism for the peaceful resolution of disputes. It also re-emphasised its function in upholding the international rule of law, and the intrinsic value to the international legal order of doing so.