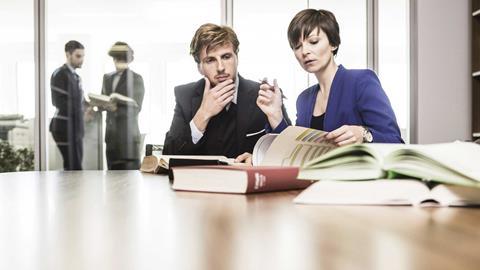 Lawyers must be clear with clients about the status of preliminary enquiries, write David McCluskey, Catherine Fischl and Rebecca Wright

For some lawyers, dealing with preliminary enquiries from or on behalf of potential clients is a necessary evil. Such enquiries typically involve contact by telephone or email from the potential client or a friend, followed by a preliminary meeting and only then a decision as to whether to instruct the lawyer.

Legal advice privilege is a fundamental principle of common law which allows people to obtain legal advice in a confidential environment, safe in the knowledge that the content of their discussions with lawyers will be protected from disclosure. It is not in dispute that legal advice privilege will protect client-lawyer communication in respect of enquiries which become a formal relationship, but what happens to the information communicated in relation to enquiries which never do?

This is the question that faced Mrs Justice Roberts in G v G [2015] EWHC 1512 (Fam). The case concerned a warring ex-husband [H] and wife [W] who had at first, it appears, settled their differences in 2010 by means of a financial payout formalised by a consent order. But in mid-2014, W issued a notice seeking permission to appeal out of time against the consent order, on the basis of material non-disclosure by H at the time of their negotiations in 2010. H disputed W’s claim that she had only just become aware of two trusts of which H was the primary beneficiary. As a result of the allegations of non-disclosure, H had had to instruct new solicitors, as the previous ones might become witnesses in the case. H’s QC suggested a firm (LMP). LMP conducted a conflict check and declared that they were unable to act. They reminded H’s QC that this was because she herself had referred W to them several years previously. It transpired that, in September 2012, W had spoken with a friend called Miss Spurway [F] about the possibility of obtaining legal advice. On 19 or 20 September, F telephoned the QC, who had been recommended to her as an expert in family law, and had a short conversation about W’s case. The QC stated that she could not accept clients on a direct access basis and recommended LMP. On 20 September 2012, the QC sent an email to a partner at LMP which simply stated: ‘[W] – may call you re non-performance of a Consent Order and ? poss non-disclosure [sic]’. W then instructed LMP. There was no evidence that the QC herself had been formally instructed, or had had any further contact with F or W.

In 2014, after LMP reminded the QC of her brief previous contact with the case, the QC conducted a search of her emails. She discovered the email she had sent to LMP in September 2012. She immediately forwarded it to H’s instructing solicitors. H’s solicitors, mindful of their duty to their client, notified W’s solicitors of the email and their possession of it, and their intention to show it to their client. W’s solicitors claimed that the email was privileged but did not provide further details. The email was disclosed to H, who then referred to it in his witness statement opposing the appeal. W’s solicitors then applied for an injunction preventing H from referring to the email and requiring H’s legal team (who had seen the email) to withdraw from the case.

W’s claim that H could not use the email in the proceedings was premised on the argument that it was legally privileged. The key question was whether W and the QC had established a ‘fiduciary relationship’, during which legal advice had actually been sought and/or imparted. As Mrs Justice Roberts made clear, in a situation where an individual simply asks a lawyer for a recommendation and where no legal advice is given, a privileged lawyer-client relationship simply does not exist. Mrs Justice Roberts identified the central issues in the case as follows:

With respect to issue 2, LPP does not cover lawyer-client conversations if no legal advice is given. The court accepted that, if F was acting as an agent for W ‘for the purposes of a specific request for legal advice’, or in order to transmit any legal advice received back to W, then the conversation between F and the QC could be covered by LPP. However, on the evidence provided, Mrs Justice Roberts was not convinced that F had spoken to the QC to obtain legal advice. The judge relied heavily on the fact that the QC could not accept direct access instructions in her reasoning.

The case of G v G affirms that it is possible for an initial consultation between a lawyer and a client to be protected by LPP. No formal retainer is required. However, the case makes clear that conversations between a lawyer and prospective client which do not involve the giving of legal advice fall outside the protection of LPP.

The million-dollar question is: what constitutes ‘legal advice’? In G v G, Mrs Justice Roberts placed significant emphasis on the fact that the QC was not able to accept direct access clients, making it professionally impossible for her to provide legal advice. However, where a barrister (direct access or otherwise) speaks directly to a client and gives what is on any view legal advice, there is little doubt that LPP will apply. Even general questions such as ‘do you think I’ll go to prison if I’m found guilty?’ or ‘what law applies in this area?’ would surely be protected.

G v G makes clear that in a climate where clients increasingly require their lawyers to participate in ‘beauty parades’ before instructing, great care must be taken to ensure that conflict checks are carried out before the specific facts of a client’s case are discussed, and the status of that ‘beauty parade’ – whether advice, or merely an enquiry – is understood by all.

David McCluskey is a partner and Catherine Fischl an associate in the business crime department at Peters & Peters Solicitors. Rebecca Wright is a barrister.