'On a first-name basis' with a tribunal member

Despite what is often at stake, a professional camaraderie exists between legal practitioners in dispute resolution, particularly so in the London international arbitration community. In view of that, there is often a question of when the familiarity between two practitioners trespasses into difficult territory, in particular where one has been appointed to arbitrate a dispute in which the other is counsel. That issue, and specifically whether a professional relationship described as 'warm and friendly' gave rise to a finding of bias in LCIA proceedings was recently considered by the English Commercial Court in Koshigi Limited & anor v Donna Union Foundation & anor [2019] EWHC 122 (Comm). 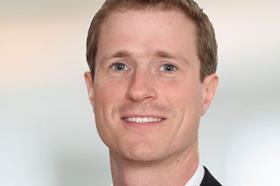 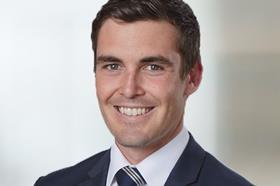 The case itself concerned liability for costs and not so much a determination of the issue itself. That is because the claim (a challenge pursuant to s.68 of the Arbitration Act) had been discontinued by the challenger. Nevertheless, the court made a number of helpful and pointed remarks as to the strength of the case that had been brought; the advice from the court sounding loud and clear.

The parties had been involved in two separate arbitrations. In both, the LCIA court had appointed the same three-member tribunal, including the Chair whom the commercial court judge, Sir William Blair, described as a 'well-known and very experienced international arbitrator'. Towards the end of the liability hearing in the first of the two proceedings, the respondent party raised questions as to what they alleged was non-disclosure on the part of the Chair. This allegation arose following the respondent’s discovery, by way of Google searches, of connections between the Chair and the claimant’s advocate (a leading London Queen’s Counsel) and connections between the Chair, the claimants’ solicitor’s firm and the head of that firm’s international arbitration practice. After the hearings reached their conclusion, lawyers for the respondent continued to investigate those connections and reached the view that those connections compromised the Chair’s independence. The concerns were then raised.

Notwithstanding those concerns, in March 2018 the tribunal issued its award on liability, finding substantively for the claimants. Shortly after receiving the award on liability, the respondents wrote to the tribunal indicating that they intended to apply to set aside the award on the grounds of serious irregularity, including bias. They invited the Chair to recuse himself, which he declined to do. Proceedings were then issued challenging the Award. In September 2018, the respondents discontinued their challenges under s.68 on the basis that they considered the awards had become unenforceable as a result of the claimants failing to perform a transfer of shares as ordered in the awards.

Despite the challenge not reaching a point where it needed to be determined due to it being withdrawn, there was a hanging question over what should be done about the costs of dealing with that challenge. This came before the Commercial Court on 17 January 2019 which was asked to decide who should bear the costs burden and whether costs should be awarded on a standard basis, or the more penal indemnity basis.

In a decision which very arguably reflects the English Court’s general views on these types of challenge, the Court held that there was no arguable case of bias or impartiality made out on the claim, and so ordered that the respondents pay the claimants their costs on an indemnity basis.

So what were the allegations? There were three points relied on by the respondents. It all started with the respondents discovering that the claimants’ QC advised the board of the institution administering the arbitration, of which the Tribunal Chair was also the Chairman. Second, it was said that the Chair and the advocate had served together as co-arbitrators. Third, it was said that the Chair had formerly been employed by the claimants’ solicitors about a decade ago. For the Court, the question was whether these factors were sufficient to give rise to a real possibility of bias.

The Commercial Court held that they were not. Sir William Blair found that 'this is very unlikely to have given rise to circumstances which would or might have led the fair-minded and informed observer, having considered the facts, to conclude that there was a real possibility that the Chair was biased.' It was further held that 'the fact that the Chair and the QC for [the claimants] have served, or serve, as co-arbitrators in unconnected arbitrations, was very unlikely without more to have given rise to bias in the legal sense, or to have required disclosure.' It was held that the Chair’s previous employment at the same firm as the claimants’ solicitors between 2005 and 2008 was 'well outside the three-year period identified in the Orange List of the IBA Guidelines,' and so 'disclosure was not required under the Guidelines.'

For parties who agree to resolve their disputes through arbitration, the familiarity often displayed between arbitrators and counsel can be troubling. That is particularly so for those resolving their disputes in England despite not necessarily being accustomed to the English legal market. However, challenges on the basis of arbitrator bias are rare and even more rarely succeed. According to the LCIA’s own records, of the over 1,600 proceedings commenced since 2010, 32 challenges have been made, of which only six have been successful (with one partly upheld).

This is nevertheless an issue which needs careful consideration, both by the individual practitioners in cases or by the market as a whole. The integrity of the process should never be compromised. Both arbitrators and counsel need to be sensitive to the perception of bias in a market known within internal circles to be characteristically 'warm and friendly'.

This issue of arbitrator independence in arbitration is likely to be a hot topic for 2019. In England, the test for apparent bias is set to be considered by the Supreme Court later this year in connection with the 'Deepwater Horizon' arbitration. There the issues concern the removal for reasons of apparent bias of an arbitrator with appointments in multiple arbitral references with overlapping subject matter with only one common party. It can be expected that many more of these cases are likely to surface as the issues come even closer under the spotlight.

Nick Storrs is a senior associate at Signature Litigation

Ryan Cable is an associate at Signature Litigation