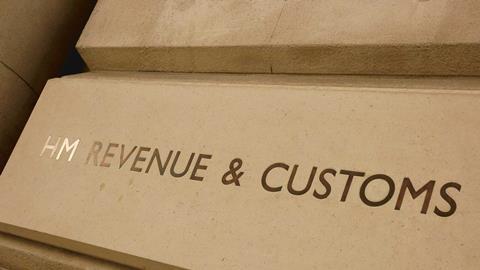 In its recent consultation paper, Tackling offshore tax evasion: a new criminal offence, HM Revenue & Customs sets out its vision for the future policing of this notoriously difficult area. In doing so, it proposes a new feature to the landscape in the form of strict liability offending.

While that may make for an eye-catching headline, there must be real doubt as to whether this could ever be compatible with the complexities of the taxation regime. This is particularly so in light of the way in which the new offence is to be structured, and also given the forum in which it is to be pursued.

In its embryonic form, HMRC envisages that the new offence would be limited to personal taxation, namely income tax, capital gains tax and, possibly, inheritance tax. It would be further limited to the failure to declare taxable income or gains arising from assets held offshore. Any such failure would constitute a strict liability offence, in that the prosecution need only demonstrate a failure to declare the income or gains in question, rather than any intent to defraud the exchequer.

The stated rationale for this hardline approach is twofold. First, HMRC is at present offering ‘time-limited disclosure facilities’, whereby relatively low penalties will be imposed for those who come clean about their offshore affairs. If individuals continue to transgress beyond the end of this scheme, which ends in 2016, HMRC believes that they should face the prospect of criminal sanction.

The second rationale for strict liability is that there are a number of other offences to which the same principle applies. In other words, there can be nothing objectionable about applying it to tax evasion as well.

On closer inspection, however, neither of these explanations stands up to scrutiny. While one may have only limited sympathy for those who ignore the proffered olive branch between now and 2016, the reality is that this offence, if introduced, will subsist well beyond that date. In other words, strict liability offending will be imposed on many who had no opportunity to avail themselves of the truce presently on offer from HMRC.

The second justification, namely that there are other examples of strict liability offending, is more specious still. Those other offences primarily concern matters which are susceptible to simple findings of fact (for example, possession of a firearm, driving while disqualified, cruelty to animals and so on).

Any suggestion that tax evasion fits neatly into that category is unsustainable. Indeed, the consultation paper recognises that assessing whether tax has in fact been evaded will on occasion be a matter of some complexity.

Equally, if statutory defences are built into the legislation in due course (HMRC is presently equivocal on this issue), further complications will arise. For example, the extent to which a taxpayer made all reasonable efforts to avoid committing the offence may call for sophisticated value judgments to be made. Alternatively, the extent to which a taxpayer relied upon professional advice, or whether it was reasonable for him to do so, may again involve complex analysis.

The dangers of superimposing a strict liability regime on this technical landscape are compounded by the proposal that the new offence will be summary only in nature. In other words, all prosecutions would be pursued through the magistrates’ court.

It is wholly unrealistic to expect a lay bench to grapple with the intricacies of the taxation regime in order to resolve criminal litigation of this nature.

Not only might the hearings be lengthy, but they will often involve expert evidence, either to establish liability for the outstanding tax, or to demonstrate the reasonableness of any failure to have paid it. Imposing a burden of this description on the summary justice system will lead to both iniquitous outcomes and also delay in processing other, less complicated matters with which the system is better equipped to engage.

Instinctively, one sympathises with HMRC’s desire to clamp down on tax evasion, which no doubt results in a significant loss of revenue for the Treasury. This particular proposal, however, is ill-conceived.

The introduction of a new strict liability offence in any field of law is a significant matter, not least because of the increased potential for unfair outcomes. In those circumstances, strict liability offending should be preserved for the most straightforward of cases, where there can be no sensible debate as to the facts.

On any view, offshore tax evasion fails to meet that test.