Proposed reforms to save more art for the nation

Tipping the balance in favour of public institutions 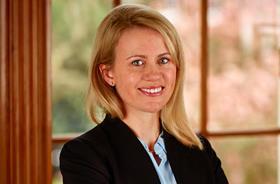 In the UK, cultural objects of a certain age and monetary value require a licence in order to be exported out of the country. An owner wishing to export a valuable work must obtain a licence from the Arts Council following a review process. When an application for an export licence is made in respect of an object deemed to be of outstanding national significance, the granting of the licence is deferred for a period of time to allow domestic institutions an opportunity to raise funds to acquire the object at fair market value, should the owner agree.

Critics of the UK’s export licensing regime for objects of cultural interest sometimes lament that the system lacks teeth. As a result, each year the opportunity to retain significant works of art and precious objects for the nation is lost. The Department for Digital, Culture, Media & Sport (DCMS) has launched a public consultation to address this issue which closes on 24th February 2019.

The UK has what is generally considered a liberal and balanced approach to export licensing controls and does not operate a compulsory purchase system in the way that some European countries do. Under the law as it currently stands, the person applying for an export licence can withdraw the application without penalty and is not legally obliged to complete the sale of the object to an institution even if he/she has committed to doing so and the institution has spent time and resources in raising acquisition funds on the basis of that commitment.

This is a problem that has been highlighted on a number of occasions recently where treasures ranging from a portrait by the Florentine master Pontormo to a Mughal flask inset with rubies and emeralds were promised to institutions before their owners withdrew their export licence applications and the items now remain in private hands.

The current DCMS consultation is called ’Strengthening the Process for Retaining National Treasures’. Its focus is on gauging the response to the idea of a draft option agreement that is intended to be entered into between an owner of a work and a national institution at the point where the institution shows a serious intention to raise funds to acquire an object and the owner agrees to sell that object at an agreed fair market value.

If the proposal is implemented, an owner will no longer be able to withdraw his agreement to sell and the purchasing institution will be in control of the acquisition process and will have complete and sole discretion to purchase a work within a specified time period.

The proposed option agreement goes further to address other aspects of the sale. It introduces a system for assessing the condition of a work, suggests imposing specific standards of care for the work while it remains in the owner’s possession and includes a range of representations, warranties and indemnities on the part of the seller in relation to matters such as the provenance and import/export history of the work and its freedom from encumbrances.

The agreement also includes optional mechanisms for setting the currency in which the consideration should be paid, the aim of which is to reduce the seller’s commercial risk. In notable cases, currency fluctuations over the period between when an institution commits to raising funds and when the funds have actually been raised have been extreme and have caused owners to renege on their promises to sell works.

Given the long deferral periods that are now intrinsic to the export licensing process, it is perhaps not surprising that, in the year or more that may pass between the deferral of an export licence, an owner agreeing to sell a work at fair market value and an interested museum raising the funds to acquire the work, currencies fluctuate, markets shift and the sale may look less appealing to the seller.

It is easy to have sympathy with the national collections that struggle to raise funds to make a sizeable purchase only to find that the seller pulls out at the last minute. The interests of museums are obviously driving the DCMS consultation. Thought, however, should also be spared for the sellers who undergo a lengthy and uncertain period in which a work is the subject of expert scrutiny and then a further export licence deferral period.

During that time they pay storage, insurance, transport, conservation, legal and all other costs (which are not factored into the fair market value paid by an institution), only potentially to suffer financial loss if they are bound to complete the transaction. DCMS have asked for views on the potential impact of the proposed approach to addressing currency fluctuations as well as the terms of the option agreement generally and it will be interesting to see how market participants and public institutions respond.

What is clear is that the balance needs to be redressed so that museums are able to raise funds to acquire national treasures without property owners suffering too much from the effects of delay and the uncertainty of market conditions. Ultimately, the introduction of a contractual mechanism may discourage owners from agreeing to sell a work to an interested museum and will not necessarily resolve the issue of the UK being unable to retain many important works within its borders. Unless museums are better funded, enabling matching funds to be raised more quickly and with greater assurance or securing national treasures before the export process is even begun, the UK will continue to find itself unable to save many fine works for the nation.