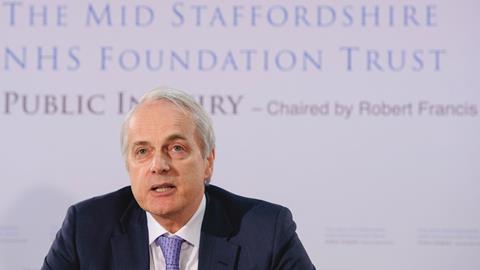 Public inquiries: getting at the truth

Ten years on, Peter Watkin Jones and Nicholas Griffin QC assess whether the Inquiries Act 2005 has served us well and how it might be improved.

It has underpinned a series of high-profile inquiries, including the Leveson inquiry and the Mid Staffordshire NHS Foundation Trust inquiry.

We are now in a good position to look back and consider whether it has served us well. In particular, does it strike the right balance in ensuring that proceedings are conducted efficiently (both in terms of cost and duration), while also permitting inquiries to delve sufficiently deeply to get to the truth?

In considering all of this, we are assisted by post-legislative scrutiny conducted in 2014 by the House of Lords Select Committee on IA 2005 (HL Paper 143 – which we will refer to as the 2014 Report). The government has also made known its views on the 2014 Report, in June 2014 (Cm 8903 – which we will refer to as the June 2014 Response). There was, furthermore, a lively and informed Lords debate on the issue, which took place on 19 March this year.

It is generally agreed that public inquiries play an extremely important role. The Public Administration Select Committee observed in its 2005 report that: ‘The tradition of the public inquiry has become a pivotal part of public life in Britain, and a major instrument of accountability’ (Government by Inquiry, HC 51-I). More recently, but consistently, inquiries have been described as ‘a major feature of our unwritten constitution’ (the 2014 Report).

While it is possible to trace the history of public inquiries back to the 17th century in one form or another, the immediate precursor to IA 2005 was the Tribunals of Inquiry (Evidence) Act 1921. It provided that if both Houses of Parliament resolved that it was expedient that a tribunal be established for inquiring into a definite matter of urgent public importance, the resulting tribunal would enjoy the powers of the High Court. The Bloody Sunday inquiry was the last to be held under its provisions.

A consultation paper recorded, in 2004, the then government’s belief that there was a strong case for considering what steps could be taken to make inquiry procedures faster and more effective, and to contain cost escalation (Effective Inquiries, CP 12/04). That was no doubt with the Bloody Sunday inquiry very much in mind, and a possible inquiry into the sensitive case of the murdered solicitor Pat Finucane, which raised the prospect of an inquiry considering very sensitive security material.

Which brings us to the IA 2005, which was intended to provide a new and comprehensive statutory framework for inquiries. The act met with serious concern in some quarters during its passage through parliament and subsequently once it was in force.

Criticism focused in the main on the perceived lack of transparency and independence inherent in procedures under an act that place the power to institute an inquiry into the hands of a minister, whose department may be at the heart of the concerns under investigation. What is more, the minister is given important powers under IA 2005, including to appoint and fire panel members, to frame terms of reference, to restrict disclosure of documentation or public access to an inquiry – and what is published by it – and, ultimately, to terminate the inquiry.

The 2014 Report contains 33 recommendations on how IA 2005 could be improved. Some of the most important are addressed below, together with the government’s reaction to them (as contained in the June 2014 Response):

Inquiry independence (recommendations 19-22) – the 2014 Report found that IA 2005 provisions giving powers to ministers had not in fact resulted in the predicted collapse in public confidence in the act and inquiries under it. The Report does nonetheless recommend amendment of IA 2005 to create stronger controls on these powers. This takes the form of:

The government rejected all save for the last recommendation, on the basis that it wished to retain the flexibility and control of the current position.

Presumption that inquiries will be held under IA 2005 (recommendation 1) – the 2014 Report recommends that inquiries into issues of public concern should normally be held under IA 2005, given the powers available under the act. Significant inquiries, such as the Iraq inquiry (under Sir John Chilcot) have not been. Again, the government rejected this recommendation, taking the view that ministers may want to consider whether a non-statutory inquiry or other option is preferable in the interests of justice and in dealing with the matter in a cost-effective and timely way.

A central inquiries unit within HM Courts & Tribunals Service (recs. 12-16) – the recommendation is that such a unit should be created to take responsibility for all the practical details of setting up an inquiry, whether statutory or non-statutory. The unit would retain knowledge of best practice for the assistance of future inquiries. Lord Woolf commented in the Lords debate in March that the proper machinery has not yet been devised to perform this purpose.

Furthermore, a unit within the Courts & Tribunals Service (as opposed to the Cabinet Office, which is the current repository of such information) would enable the running of inquiries to appear to be separate from government. These recommendations have been rejected by the government on the basis that ‘it is not appropriate or necessary to have such a standing unit given the relative infrequency of the establishment of new inquiries and their duration’.

Abolition of the rules requiring ‘Maxwellisation’ to take place (rec. 25) – controversially, the 2014 Report also recommends that rules 13-15 of the Inquiry Rules 2006 should be revoked and replaced with a more flexible arrangement. Currently, rule 13 requires an inquiry chair to send a warning letter where a report may include significant criticism about a person and to give that person reasonable opportunity to respond to it.

Rule 14 also contains an unwieldy process of cloaking the warning notice procedure in a shroud of confidentiality. The warning letter process is said to add to the duration and cost of inquiries, sometimes quite considerably.

The chair of the Mid Staffordshire inquiry, Sir Robert Francis QC (pictured), estimated that the process had unnecessarily added six months to the work of the inquiry. Lord Leveson and his counsel to the inquiry, Robert Jay QC (as he then was), gave evidence for the purposes of the 2014 Report that the process was complex and took an inordinate amount of time to complete.

The amended rule would give the chair discretion whether to send a warning letter at all. The suggested amendment received much support in the Lords debate. The point was made that there is no provision in adversarial proceedings equivalent to the current version of rule 13. Once a fair hearing has been given to witnesses in a court of law, the rules of natural justice do not then require the judge to present a draft judgment on which the parties are entitled to comment before the judge hands down the final decision.

Lord Pannick observed: ‘If that is right in a court of law, it is all the more so when we are talking about the report of an inquiry – which, however important, imposes no criminal or civil liability on anyone.’ The government’s June 2014 Response rejected the recommendation on the grounds that the existing rule 13 encapsulates what was the practice of most pre-2005 act inquiries and is still the practice of many non-statutory investigations. It quoted the Treasury Solicitor’s view that rule 13’s drafting ‘was not defective’.

However, Lord Faulks, minister of state for justice, recognised the strength of argument during the Lords debate and said the government would reconsider its response here.

The government did accept a number of the 2014 Report’s other recommendations. None was implemented prior to the dissolution of parliament in advance of the general election.

Possibly the first test of the efficacy and suitability of the new act was the intended inquiry into the murder of Pat Finucane. Having campaigned long and hard for the establishment of this inquiry, the family of the deceased declined to participate in an IA 2005 inquiry because of concerns about the inherent lack of independence of the chair, with the minister in a position to effectively retake control of essential elements of the proceedings. This did not augur well for the future of inquiries under the act.

In the same jurisdiction of Northern Ireland, other inquiries fared better. In similarly sensitive cases, the conversion of the Billy Wright inquiry and the Robert Hamill inquiry proceeded under the IA 2005 without any ministerial intervention, and hence the controversial issue of primacy has not emerged to be an issue in practice – at least, as yet. It would indeed be a bold step for a minister to intervene and use statutory powers to usurp or influence the course of an inquiry without attracting severely adverse criticism. To date, no minister has seen the need to take such steps.

Neither have inquiry chairs been averse to asserting their own independence by challenging the government departments that may have been responsible for establishing the inquiry at the outset.

The chair of the Al Sweady inquiry, Sir Thayne Forbes QC, has held the Ministry of Defence to account in its disclosure failures, and the late disclosure of the Department of Health’s paperwork to the Mid Staffordshire inquiry attracted public criticism by the chair during the course of the inquiry. Nonetheless, the 2014 Report points to the fact that no serving England and Wales judge has chaired an IA 2005 inquiry to date.

The scope of terms of reference of many inquiries and the sheer number of participants involved has meant that inquiry costs have remained high and, in several cases, inquiries continue to be of long duration. This is despite the inquiry chair’s obligation to act with fairness and with regard to the need to avoid any unnecessary cost. Many practitioners point to IR 2006 as a key factor in complicating the inquiry process and increasing cost.

In particular, the 2014 Report captured much evidence on the unnecessary nature of the warning letters process under rule 13, and the associated complex confidentiality provisions included in rule 14. The government’s refusal to reconsider these provisions is curious.

This is because of its intention to clarify the powers of the inquiry itself to interview witnesses to ensure that they are forewarned of the relevant issues and have an opportunity to deal with them in evidence prior to preparation of a report. In the light of that, it is highly questionable whether the warning letter will be anything other than a compulsory and costly regime obliging the inquiry to repeat a process of pre-notifying witnesses of issues that they have already addressed.

Such has been the common experience of inquiries to date.

The 2014 Report commended many aspects of the IA 2005 as ‘working well in practice’ but commented that ‘the fixed (2006) rules are unnecessary and unhelpful’. The Report went on to suggest that necessary rule amendments could be implemented within three months. Practitioners tasked with working with IA 2005 and IR 2006 largely welcomed the report as a step forward in recognising and remedying the practical difficulties.

There is obvious concern in light of the government’s refusal to adopt many of the 2014 Report’s suggestions. While recognising that the act, with suitable amendment, is fit for purpose, its associated rules militate against the fair and efficient conduct of proceedings. IR 2006 were intended ‘to provide assistance to an inquiry particularly where it has wide ranging terms of reference’ and to ‘help the chairman focus the inquiry’.

They may continue to have the opposite effect. Given the number of inquiries that are likely to be convened under IA 2005 in the near future, the opportunity for rules reformed to buttress a functioning act may be considered an opportunity lost.

Nicholas Griffin QC is a barrister at 5 Paper Buildings practising in public and criminal law. He has many years of experience in public inquiries.