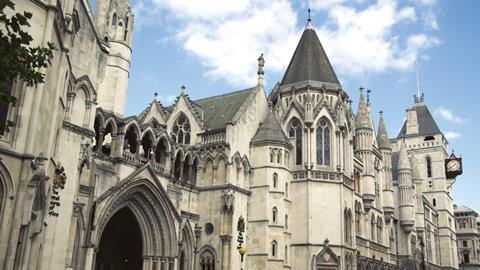 The Court of Appeal has granted permission to a Kent firework dealer to appeal against a county court decision in July 2010 which resulted in judgment against him in the sum of £72,000.

Ordinarily, that sentence would have no interest to anyone, other than the litigants involved.

However, as the appeal court explained in Bishop v Chhokar on 30 January 2015, the application for permission was made after the respondent admitted lying in those proceedings. This came to light when the same parties were involved in a second round of litigation – about the conversion of firework stock in another county court action – and the respondent was giving evidence again.

The case raises important issues about what to do next if an aggrieved litigant wishes to challenge a court judgment which is based on false testimony.

The appellant in Bishop applied using Civil Procedure Rule 52.17(1), which enables the appeal court to reopen a final appeal if certain stringent tests are met. As the appellant had previously appealed against the county court decision, and had been turned down on paper by Jacob LJ in November 2010, a final determination of the appeal had occurred.

The net effect of this was that the appellant had to overcome a series of hurdles to get his case reopened before the appeal court. First, he needed permission – just to make the application itself – under CPR 52.17(4), which he achieved in March last year.

Next, he needed to satisfy all the tests in CPR 52.17(1), namely that it was necessary to reopen the appeal to avoid real injustice; the circumstances were exceptional and made it appropriate to reopen the case; and there was no alternative remedy. Finally, the appellant had to obtain permission to appeal out of time.

Now that those hurdles have been cleared, the stage is set for a final hearing. But why is this important?

The short answer is that there are two conflicting lines of authority concerning the route you should take.

The first suggests that an aggrieved litigant should bring a separate action for fraud and not appeal against the original decision. The origins of this are found in Flower v Lloyd (1877) 6 Ch D 297 and Jonesco v Beard [1930] AC 298. As Sedley LJ remarked in Noble v Owens [2010] 1 WLR 2491, this is generally considered to be the ‘time-hallowed remedy’, but in modern times it ‘seems a costly and circuitous exercise’. It can also run into problems, particularly if the original decision is one of the county court.

The second is based on the principles set out in Taylor v Lawrence [2003] QB 528 upon which CPR 52.17 was founded – that is, reopen the original action and do not bring fresh proceedings.

As Aikens LJ noted in Bishop, there appeared to be ‘jurisdictional and procedural difficulties’ in bringing fresh proceedings in the county court itself, because the court has no inherent jurisdiction to set aside its own final orders.

Second, it was not clear that an action for fraud would come within part II of the County Courts Act 1984, which sets out the statutory basis for the court’s jurisdiction to set aside a previous decision which is said to have been obtained by fraud.

Equally, he considered that it was ‘very much open to doubt’ that proceedings in the High Court could be used as a vehicle to achieve the same objective. Although the High Court has power to quash an order of an inferior tribunal, such as the county court, it was not generally considered that this was a power to set aside or rescind a judgment obtained by fraud.

The hurdles in CPR 52.17(1) are tough for a reason – there needs to be finality in litigation and unnecessary appeals should be discouraged.

When the appeal court considered Noble v Owens, it effectively came up with a half-way house between the two routes identified. The case involved a personal injury claim in which judgment for the claimant was secured in the sum of £3.3m after a trial. Sometime later, following a tip-off, the defendant insurer believed that post-trial video evidence of the claimant cast doubt on his difficulties as presented at trial. The court allowed the action to be reopened and remitted it back to the same trial judge, Field J, on the issue of fraud only. Ultimately, the defendants were not successful following a second trial which lasted eight days and the judgment was left undisturbed.

However, the trial judge in Bishop, HHJ Knight QC, has since retired so this is not an option.

At the first trial between the parties in Bishop, the judge was in a clear dilemma as to who to believe. What he said rings familiar to many advocates listening to a judgment when the case largely turns on oral testimony. He said: ‘I have to decide whether I accept the version of the Bishops or of Mr Chhokar. I indicated in argument that I have no reason to think that the parties gave false evidence. I believe that they both gave it as honestly as they recollected, but that still leaves me with the difficult decision of deciding whether I prefer one to the other.’

When should a case be reopened when false testimony has been given? Can it all be reopened or just a part of it? Is there jurisdiction to bring a free-standing action to set aside a previous decision of the county court when there has already been a failed appeal? Later this year, the appeal court will decide a full appeal on these issues.

Nowadays, surveillance is more commonplace in litigation. Covert recording of individuals is easier than it ever was. Sophisticated surveillance is no longer the preserve of experts. However, sometimes it can take many years for deceit in earlier proceedings to be unmasked if it has occurred. When it is, generally speaking, real injustice exists if it can be shown to have had a material effect on those proceedings.

Later this year, the appeal will have the opportunity to lay down guidance on how to correct such injustice.

Edwin Buckett is a barrister at 9 Gough Square. He acted for the appellant in Bishop v Chhokar