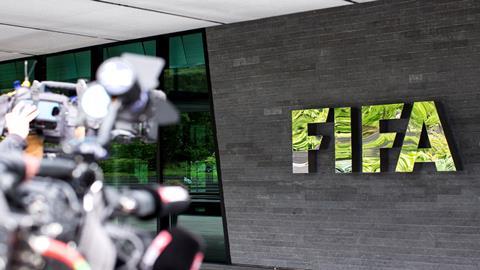 ‘Blatt’s all folks!’ was probably the pick of the tabloid headlines following the announcement that Sepp Blatter intends (finally) to step down as president of Fifa. Over the course of the next few months, he won’t be the only person anxiously awaiting the outcome of the current investigations into alleged corruption and money laundering involving 14 current or former Fifa officials and associates.

As is clear from information released to date, the allegedly illicit sums in question are said to have passed through accounts held at a number of financial institutions, both in the UK and abroad.

The money laundering reporting officers and other compliance officers at those firms will now be poring over the detail of these transactions to confirm that proper customer due diligence (CDD) measures were observed, and that there was no objective basis for suspecting impropriety (or, if there was, that the appropriate reporting obligations were observed).

And with an impeccable sense of timing, on 20 May 2015 the European Parliament approved the text of new anti-money laundering provisions in the form of the fourth Money Laundering Directive (‘the new Directive’), the terms of which will come into force once published in the EU official journal (expected to be later this summer). From that date, member states will have a maximum of two years to transpose the provisions into national law, not an insignificant task given the wide-ranging nature of the measures now proposed.

This is particularly so in relation to the provision of information regarding beneficial ownership. Until now, the ability to hide behind complex corporate structures has been one of the greatest weapons in the armoury of the money launderer.

In future, however, this point of refuge will be undermined both by new domestic legislation in the form of the Small Business, Enterprise and Employment Act 2015 (due to come fully into force next year), and by Article 30 of the new Directive. The net effect of these provisions is that, in addition to keeping a record of the legal owners of the business, companies in the UK will have to keep a record of those exercising ‘significant control’ over them as well (whether through shares held in the company or otherwise). That information will also be publicly available.

By virtue of Article 31 of the new Directive, similar provisions will be put in place in relation to the beneficial owners of trusts as well.

In this light, self-respecting money launderers may be tempted to switch their sights from complex corporate structures to the use of jurisdictions where a more relaxed approach is taken to the issue. Unfortunately for them, the new Directive is of direct application here as well. By virtue of Articles 9 and 18, regulated businesses in member states will be obliged to undertake enhanced CDD when dealing with companies in designated ‘high-risk’ countries outside the EU.

Whilst, of course, this cannot of itself guarantee the elimination of illicit transactions, it will certainly make it more difficult to get away with them in the future.

In addition to these measures, the Directive also introduces a raft of other new provisions, including the revised treatment of ‘Politically Exposed Persons’ (Article 20), the extension of the regulated sector to cover online gambling as well as casinos (Article 2) and new draconian measures dealing with sanctions (Articles 58-62). All in all, it is a comprehensive package which is designed to complement other, similar initiatives in the fight against financial crime (most notably the mutual assistance provisions relating to offshore tax evasion).

In making these changes, the EU has redefined the offside trap as far as money laundering is concerned. Time will tell if the new provisions are effective but, on the face of it, the linesmen will be busy from now on.

Meanwhile, the sorry demise of FIFA continues to unravel on a daily basis. With one former executive, Chuck Blazer, having already admitted his guilt over rackeering and money laundering, it would be surprising if more heads were not to roll in due course. And there we were thinking that the only overpaid and underperforming people in football were on the pitch.