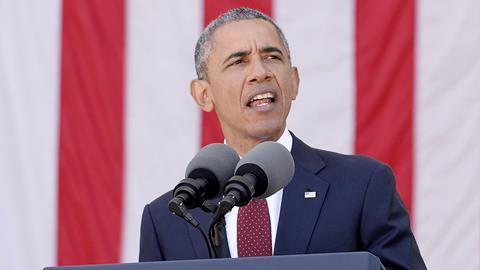 TTIP: EU and US perspectives

A look at how the Transatlantic Trade and Investment Partnership will benefit both the US and the European Union.

The Transatlantic Trade and Investment Partnership (TTIP) would establish a more robust trade and investment relationship than that which currently exists between the world’s two largest economies.

In recent years, the US has exported more than $458bn in goods and services annually to the European Union creating more than 2.2 million jobs in the US. EU affiliates in the US employ an estimated three million Americans. Similarly, US and EU investment in each other’s economy totals nearly $3.7 trillion. With such an enormous existing economic relationship, what are the key issues TTIP negotiators are directed to address to enhance the bond?

With average US and EU tariffs already quite low, new and innovative approaches to addressing non-tariff barriers and other vital trade issues is a significant focus of the negotiations. The stated objectives sent to Congress by the Barack Obama administration as TTIP was launched more than two years ago include:

This is an extensive and complex list of objectives, each of which requires its own set of negotiations. If successful in addressing the US and EU lists of objectives, projections are that trade between the US and EU would expand substantially and further enhance our vital strategic relationship.

The EU and the US are the world’s largest economies, accounting for more than 40% of world trade. It is claimed that it would be advantageous because it would remove tariffs, cut bureaucracy and reduce restrictions on investment. The result should make it easier for EU firms to invest across the Atlantic, would be good for Europe’s economy and help create new jobs. Ultimately, it should mean that EU consumers would have the benefit of lower prices and a greater variety of goods.

One of the issues being considered in the TTIP negotiations is that of investor-state dispute settlement (ISDS), a mechanism included in international investment agreements to provide foreign investors with protection and allow them to challenge administrative acts of executive branches of governments which affect foreign investors. Of the 3,000 international investment agreements in existence containing ISDS provisions, approximately 1,400 are with EU countries.

In 2014, the EU concluded negotiations on free-trade agreements with Canada and Singapore which contained investment protection and ISDS. European commissioner for trade, Cecilia Malmström, is hoping to achieve something similar with TTIP because she considers that the traditional ISDS system is ‘not fit for purpose in the 21st century’.

Her main aims are to remove any ambiguity about sovereign governments’ right to regulate, introduce a multilateral appeal mechanism as part of a permanent court and remove the possibility that a company can be compensated twice in both the ISDS arbitration and a domestic court.

Equally important is removing what she calls an ‘unhealthy link’ between arbitrators and the parties to a dispute. At the moment, arbitrators on ISDS tribunals are selected by the parties in dispute but there is currently nothing to stop those same individuals from acting as lawyers in other ISDS proceedings. This can cause a perception that these individuals are not completely impartial when acting as arbitrators and raise issues as to legitimacy and credibility.

To counteract this situation, it is proposed that all arbitrators should:

It is likely additionally to improve the transparency and credibility of the process if all arbitral appointments and fees are published for each prospective arbitrator.

It remains to be seen how these ISDS proposals fare in TTIP. In light of her comment that ‘the world’s biggest economies don’t negotiate a comprehensive free-trade agreement everyday’, commissioner Malmström clearly recognises the challenges ahead.