What does Brexit mean for UK investigations?

The UK’s departure from the EU is likely to have an impact on the conduct of UK investigations, both internal and external, but the December 2020 trade and cooperation deal did much to limit the consequences of Brexit in this area. Close cooperation by law enforcement agencies in the UK and the EU is likely to continue, but it may take longer for information and evidence to be shared, and the UK has lost access to some criminal justice databases maintained by the EU. With regard to extradition, although the UK has exited the European Arrest Warrant scheme, the deal makes provision for the surrender of citizens to and from the UK under arrangements not dissimilar from the EAW scheme. Uncertainty remains in relation to the transmission of personal data from member states to the UK, although the EU has now published draft adequacy decisions on the UK’s data protection legislation. Companies conducting internal investigations will want to continue to monitor this issue. 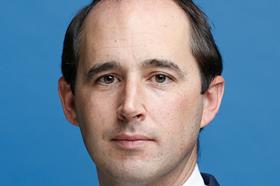 The EU has implemented a number of initiatives designed to improve member state cooperation on a range of criminal justice issues, including the sharing of intelligence, collection of evidence, and arrest and surrender of suspects. Although the UK chose to opt out of certain justice and home affairs measures during the course of its membership, it was a party to the EAW scheme, and it participated in both Europol and Eurojust, agencies promoting cooperation between member states in combating terrorism and organised crime.

How significant was the UK’s cooperation with other member states through its participation in these schemes? Between 2010 and 2016, the UK received 62,563 extradition requests using an EAW, resulting in 11,148 arrests. The UK made 1,773 requests, resulting in 1,101 arrests. It took part in Europol operations tackling, among other things, terrorism, illegal immigration, child sexual exploitation, money laundering, intellectual property crime, sports corruption and cybercrime. As recently as last year, evidence gathered abroad through the UK’s Eurojust participation was used in a criminal trial relating to the death of 39 migrants in a lorry in Essex.

The Brexit deal means that we are likely to continue to see close cooperation on criminal justice issues, albeit with some differences. Importantly, the surrender of citizens between the UK and member states was expressly included in the deal reached in December, and the future extradition regime may not differ significantly from the EAW scheme in terms of the number of requests and arrests, or in terms of timings (an uncontested extradition under the EAW scheme took 16 days on average), although it is worth noting the differences between the regimes, including that the new regime makes provision for states to decline to surrender their own nationals.

With regard to obtaining evidence from member states, the UK is no longer part of the European Investigation Order scheme, and the December deal provided that UK-EU arrangements would revert to a mutual legal assistance scheme governed by a 1959 convention. The process may take longer: while the European Investigation Order scheme gave states 30 days from the receipt of a request to decide whether to execute it, the new arrangements allow 45 days.

The December deal also alleviated concerns that the UK would lose access to EU criminal justice databases. The agreement preserved arrangements for the reciprocal exchange of passenger data, DNA, fingerprints and vehicle registration data (under the Prüm Convention), and for the exchange of criminal records (although the UK’s loss of access to the European Criminal Records Information System may lead to slower turnaround times), as well as information on wanted or missing persons. Also, the UK will continue to cooperate with Europol and Eurojust, but it will have no say in the management of these agencies.

Data transfers to the UK

There have also been concerns that internal investigations may be affected by Brexit in terms of the ability to transfer personal data from the EU to the UK, but on 19 February the EU published draft decisions on the adequacy of the UK’s data protection legislation. If these are formally adopted, data transfers will be able to continue freely.  In the meantime, bridging arrangements preserving the pre-Brexit position will remain in place until the end of June 2021, meaning that personal data may still be transferred from the EU to the UK, including by companies conducting internal investigations, until the adequacy decisions are formally adopted.

The impact on cooperation between UK and EU law enforcement agencies would clearly have been much more dramatic in the event of a no-deal Brexit. Many of the key tools available pre-Brexit to a UK law enforcement agency investigating corruption allegations will remain at their disposal, even though the formal mechanisms have changed, and even though turnaround times may suffer. These tools include the ability to obtain evidence from EU member states in admissible form, to secure the surrender of suspects from such states, and to access intelligence and information such as criminal records.

At the level of policy and strategy, however, the UK’s role in EU criminal justice arrangements will be diminished. Although it will continue to cooperate with Europol and Eurojust, for example, the UK will no longer have any voice in how those agencies should be run. This is inevitable given the UK’s new status as a non-member state.  Other non-EU countries such as Norway and Switzerland benefit from criminal justice arrangements with the EU without having the ability to shape EU policy in this area.

What is important in the context of law enforcement is that the mechanisms needed for close cooperation between EU and UK agencies are still in place.

Robert Dalling is a partner in the investigations, compliance and defence practice at Jenner & Block