'Court of the blockchain' plan for Dubai

Court judgments could be verified with blockchain encryption under a plan announced by a government-backed consortium in Dubai. The already-paperless Dubai International Financial Centre (DIFC) Courts said today that it partnered with the 'Smart Dubai’ initiative to set up what it calls the world’s first 'Court of the Blockchain’.

Blockchain is the secure encryption technology behind digital currency systems. It is also being investigated in fields ranging from property registration to self-executing ‘smart’ contracts because of its ability to create a tamper-proof chain of transactions. Dubai has already announced an ambition to conduct many government processes, such as visa applications and licence renewals, with blockchain technology by 2020.

The initial aim of the alliance announced today is to explore how blockchain aid verification of court judgments for cross-border enforcement. However a statement said that the partnership is the first step in creating a ’blockchain-powered future for the judiciary which will have far-reaching benefits’. These include streamlining the judicial process, removing document duplications, and driving greater efficiencies across the entire legal ecosystem, the statement said.  Future research will combine expertise and resources to investigate handling disputes arising out of private and public blockchains, with regulation and contractual terms encoded within the smart contract. 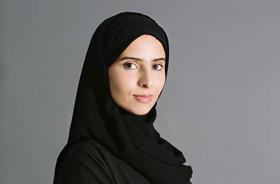 Amna Al Owais, chief executive and registrar, DIFC Courts, said: 'This taskforce is in line with our guiding principle to deliver courts as a service, powered by technology and extended through cooperation agreements and alliances. By harnessing blockchain technology, Dubai will be firmly positioned at the forefront of legaltech and judicial innovation, setting the standards for countries and judiciaries to follow.’