Outsourced court security staff are reporting more harassment than usual, the chief executive of HM Courts & Tribunals Service has told practitioners who have been complaining about items that have been confiscated - including hand sanitiser gels and barristers' wig cases. 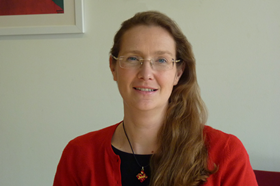 Susan Acland-Hood expressed her concern on Twitter after being informed by barrister James Vine that security staff had confiscated a barrister's wig container and that a 'radical reassessment' is required.

Acland-Hood said: 'ID cards is the right answer - now in 10 courts, and getting in the evidence on the back of which we can go further. That's the radical reassessment which allows us to relax security for those with ID while recognising the real risks.'

When told that the mindset of some individual security guards needs to be addressed, Acland-Hood replied: 'Surveying users in the ID card courts, and looking at the results of covert testing trying to subvert the system. Also continuing to work with Mitie and G4S on training. Worried that they are currently reporting more harassment of their staff than usual - it is a two-way street.'

Practitioners have been posting on Twitter details of items recently confiscated, which have included a spoon, and umbrella as well as the gels and wig case.

Acland-Hood said that the tone of some social media comments 'has started to make a few believe that any search at all is an unwarrantable intrusion, and respond accordingly. But that is of course not to say that there aren't real issues we need to address'.

Government guidance states that items that security staff 'think could be used as a weapon' must not be taken into a court or tribunal building. This includes blades such as scissors, sharp items such as knitting needles, glass bottles, metal cutlery, and liquids that are not drinks or prescription medicine. Bags and pockets will be checked. Visitors will be given a receipt for any confiscated items which can be collected when they leave.