International firm DWF has expanded in Australia with the appointment of a team of lawyers from Melbourne-based boutique firm WARD Lawyers. 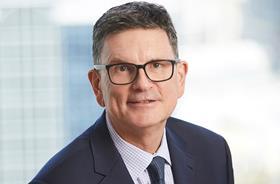 DWF confirmed in January it will become the latest in the growing list of legal services businesses to float on the London Stock Exchange. The firm is understood to be hoping to raise between £400m and £600m from an initial public offering.

Gleed said: ‘We are excited to be joining DWF and look forward to helping them further build their already fast-growing business in Australia.’

Mark Hickey, chair of DWF Asia Pacific, said: ‘This is a major expansion for our business in Australia and especially for our practice in Melbourne. It further establishes DWF as a force in the Australian market, where we are growing at pace and attracting quality people who share our desire to do things differently.’