More vulnerable families will be helped by a pioneering substance-abuse problem-solving court scheme once under threat after the government today announced £15m over the next year to keep children out of care.

The Department for Education said the family drug and alcohol court model will be expanded to new sites as part of a 'Supporting Families; Investing in Practice' project. Innovations of the model in the existing 15 courts, which cover 23 local authorities, will be tested to see if further improvements can be made. The project will also introduce family group conferences, where children at immediate risk of being taken into care will be involved in a conference along with their wider family network, supported by an advocate.

Nadhim Zahawi MP, children and families minister, said: 'Every child, no matter what hand they have been dealt, deserves the opportunity to grow up in a stable, loving family so they can develop into confident adults equipped to take on life’s challenges successfully. For too many children, this is not the reality, and we are seeing rising numbers of children going into care. Often, their parents are struggling with problems of their own and that has an impact on the whole family. 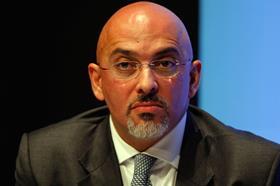 Nadhim Zahawi MP: Project will stop vulnerable families from spiralling out of control

'Projects like these are making sure vulnerable families get the support they need from experts who can help them address their problems head on and stop them from spiralling out of control.'

Steve Bambrough, a member of the FDAC National Partnership, said his team was 'delighted that this funding will enable more families and local authorities to have access to a compassionate and evidence-based approach to family justice'.

The specialist court was pioneered in London by the late district judge Nicholas Crichton in 2008. An impact study by the Centre for Justice Innovation, a legal thinktank, showed that public sector bodies saved £2.30 for every £1 spent on the FDAC court. Research conducted by the University of Lancaster showed that FDAC mothers were more successful in stopping drug or alcohol misuse by the end of family proceedings. This, in turn, led to a higher rate of families being reunited.

Uncertainty loomed over the future of the problem-solving courts last year when the FDAC National Unit, a central support hub, was forced to scale back operations last year due to a lack of government support. This prompted Manchester family law firm Hall Brown to spearhead a fundraising campaign.

James Brown, the firm's managing partner, said the £280,000 pledged by private backers and philanthropists had effectively acted as a bridge.

Brown said: 'At the time that we decided to act, we were convinced that the work undertaken by these courts was simply too important to ignore. It came across as no surprise that others shared our opinion and that we were able - together - to find the money necessary to allow this work to continue. I’m delighted that ministers now agree with that position and we can look forward to seeing many more families benefitting from the FDAC model.'

Phil Bowen, director of the Centre for Justice Innovation, was delighted by today's announcement. 'These problem-solving courts have demonstrated that they deliver better outcomes, better justice and better value for money,' he said.