Ministers and the senior judiciary owe judges a duty of care, the government has for the first time accepted in a landmark concession in a claim alleging judicial bullying and negligence.

The admission comes amid growing complaints of bullying among the judiciary and could precipitate a flood of claims by judges.

HHJ Kalyani Kaul QC, a Crown court judge, is suing the Ministry of Justice, the lord chancellor Robert Buckland QC and the lord chief justice Lord Burnett of Maldon over claims that she was bullied and mistreated by senior members of the judiciary.

Judge Kaul claims that senior judges failed to support her and bullied her after she raised complaints about 'disrespectful, discourteous, unprofessional, and rude' barristers appearing before her in a lengthy trial.

The Bar Standards Board found one of the defence barristers guilty of misconduct for acting in a rude and unprofessional manner towards a judge. The outcomes against others are still awaited, and the Crown Prosecution Service found that the conduct of another fell below the required standard.

Judge Kaul alleges that senior judges, who were aware of the stress she was under, failed to protect her. She also claims that the senior judges and court staff failed to support her in her complaint about the barristers’ conduct. She further alleges that she was battered by a judge who grabbed her forcefully by the arm, shouted at her, undermined and oppressed her. 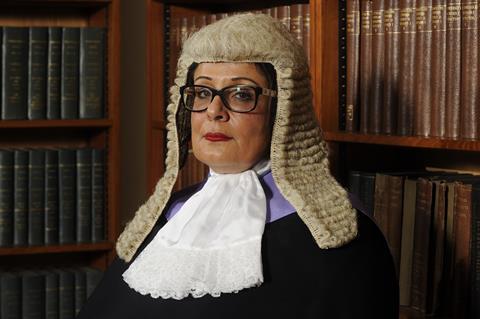 Judge Kaul is suing the MoJ, the lord chancellor and the lord chief justice

As a result, Judge Kaul claims that she suffered depression, anxiety, and post traumatic stress.

In court documents, she claimed that the Ministry of Justice, the lord chancellor and the lord chief justice owed a duty of care to provide a safe place of work. She alleged that the three defendants were vicariously liable for the acts of other judges and court staff towards her.

In their joint defence document, all three defendants denied that they owed any duty of care to judges, due to the constitutional position of the judiciary. The defendants asserted that judges work 'for the purposes of the administration of justice in accordance with their oaths of office', and in relation to grievances are, effectively, self-governing.

The defence document stated: 'The separation of powers between the judiciary and the government is... fundamental to the constitution of the United Kingdom.'

However while the defendants deny Judge Kaul's substantive allegations, the government admitted to the court today before Master Easterman that they do owe a duty of care to her and are vicariously liable for other judges’ behaviour. A statement given to the court said: 'If negligence is found on the part of those judges against whom allegations of negligence are pleaded in the particulars of claim, or on the part of the other defendants, then the Crown will be liable to the claimant in damages.'

In the statement, the government accepted that 'it would have been better had the admission been made sooner', but said the decision to make it 'has been the subject of very careful consideration'.

It continued: 'The Ministry of Justice hopes that by making the admission now, it narrows the issues in dispute, saves expense to both parties, and reduces the burden on the court’s limited time and resources.'

David Greene, senior partner of Edwin Coe and past president of the Law Society, who is representing Judge Kaul without charge, said: 'My client is naturally happy that this concession is now made albeit two years into the case. She took a stance at great emotional and personal expense, for all judges to ensure she and they work in a safe environment and that the government takes responsibility for it.

'We may well see a flood of claims by judges now emboldened to speak out against bullying and mistreatment,' he added.