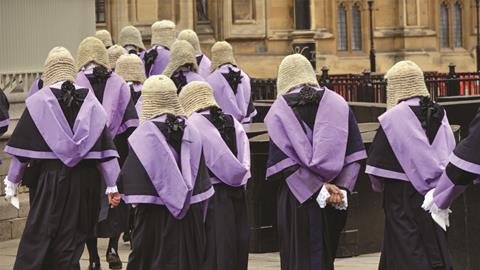 Judicial behaviour: Bullying in the courtroom

This article, written by a number of colleagues from my chambers, seeks to address an issue integral to ensuring and promoting wellbeing, equality and diversity in the legal profession.

As we have seen, the arenas of politics and the film industry are under the spotlight over alleged misconduct and abuse, and how this was allowed to proceed unchecked for so long.

For advocates in the sphere of criminal law, our workplace is the courtroom. We too are entitled to an environment free from bullying, harassment and prejudice.

A firm, robust and independent judiciary is precisely what the justice system requires and we applaud that. But what happens when individual judges, through their behaviour, create a workplace environment that contains elements of bullying, particularly in relation to female advocates? 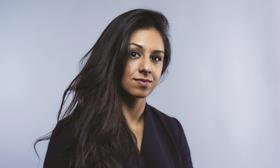 Statistics published by the Ministry of Justice highlight a structural imbalance – only 28% of judges in 2017 are women. The ‘Dignity at Work’ statement by the lord chief justice expects all judicial officeholders to ‘treat their colleagues and members of staff decently and with respect’.

They must be ‘committed to ensuring the environment in which judicial officeholders and staff work is free from harassment, victimisation and bullying and that everyone is able to work in an atmosphere in which they can develop professionally and use their abilities to their full potential’.

The guidance states that ‘bullying’ carries its normal meaning. It ‘consists of conduct that is offensive, intimidating, malicious and/or insulting, and which has the purpose or effect of undermining, humiliating, and/or frightening another person. It may amount to a misuse or abuse of power; unlike harassment and victimisation, the conduct need not be related to one of the protected characteristics of the person against whom it is directed.’

While advocates are neither staff nor judicial colleagues this same ethos should also apply to those appearing before the courts.

Even in 2017, certain rogue practices continue to thrive. As advocates we look on as the next generation endures toxic practices akin to a ‘right of initiation’ to criminal advocacy. It is fundamental that this changes and that the legal community, no longer condones this culture or brushes it under the carpet.

The culture and power dynamic in a courtroom means that such judges are allowed to bully and abuse advocates as a means of asserting control. And this is broadly tolerated. Here are some recent examples:

It is sad that we have come to expect and accept abuse by members of the judiciary. One individual volunteered that they had ‘seen that women (especially tough women) and those of minority backgrounds are disproportionately at the receiving end of such treatment’.

We want to start a real discussion within our legal profession about how to combat bullying in the courtroom and support individuals subjected to it. We have focused upon examples in criminal courts, but instances of judicial bullying are by no means limited to that jurisdiction.

There needs to be some consideration and acknowledgement of the fact that the impact of such comments upon female advocates affects the way women advocates are treated in court, in front of a jury, and by colleagues in the profession. Such instances of undermining behaviour have a direct impact on the confidence that lay clients have in their advocates. A key cog in understanding and combating the lack of career progression is exactly this issue.

The Judicial Conduct Investigations Office exists to deal with complaints about judges’ conduct. Unfortunately, most advocates would not feel comfortable with reporting individual instances. They would not wish to make a fuss or they may be worried about repercussions for their career; or merely regard the phenomenon as ‘part of the job’.

This effectively allows the narrative of bullying entitlement to continue without public scrutiny and opprobrium.

Perhaps it is now time for the professions to consider:

Abusive conduct and bullying by judges is inappropriate and needs to end. It is not part of the job and should not be tolerated. It is important that we start this conversation, and that all our colleagues in the legal profession know that the status quo is insupportable.

Most fundamentally of all, how are we effectively to represent the interests of our clients when our role as advocates is at risk of being hampered by judicial abuse?