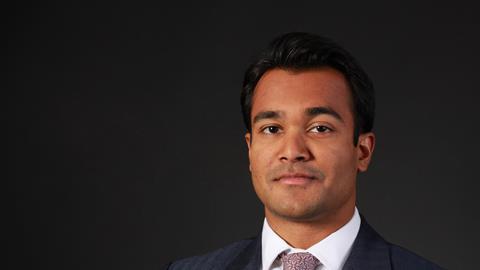 International firm Pinsent Masons leads a 16-strong cohort of law firms in a high-profile list of the top 100 most-inclusive organisations in Britain.

The practice ranks second in charity Stonewall's latest Top 100 Employers index and is joined by Baker McKenzie and Berwin Leighton Paisner in the top 10.

Krishna Omkar, an associate at magic circle firm Slaughter and May, which jumped 16 places from last year, was named Stonewall's gay role model of the year. Omkar has played a key role in in the firm's LGBT network group, PRISM, since its inception, and organising the firm's first LGBT-focused client event. Outside of work, he has been involved in an initiative to decriminalise same-sex relations in India, develop a Bollywood video to support LGBT rights and work on tackling homophobia in sport.

Kate Fergusson, Pinsent Mason's head of responsible business, said: 'Inclusion and diversity truly are foundations of the way we do business - as we want to create a working environment where all our people feel confident and safe bringing their whole selves to work - so it's fantastic to be recognised by Stonewall for the 11th year running.'

Last month Baker McKenzie successfully advised Stonewall on a pro bono basis in its first-ever intervention in a landmark case in the Court of Appeal on transgender people's rights. The firm has also implemented Transition at Work guidelines in its London office.

The Ministry of Justice features in 13th place. Richard Heaton, permanent secretary, said: 'I am convinced that promoting inclusion and celebrating diversity make the Ministry of Justice a better place to work, and a stronger supporter of a safe and fair society. I'm very proud that the efforts of many inspiring people and networks to improve LGBTQ+ inclusion has been recognised by such a respected index.'