Law management: leading from the front

Fear stalks the offices of law firms across the land. Fear of the all-powerful equity partner whose opposition to change stunts the firm’s development and damages morale. And fear of the long-term client who demands too much and pays too little, too late.

If a firm is to ‘survive and thrive’, to borrow from the title of this year’s annual conference of the Law Society’s Law Management Section (LMS), it must ‘grasp the nettle’ and make tough decisions – such as reining in the equity partner and sacking the unprofitable client.

This is all common sense although, as one speaker at the conference put it: ‘The problem with common sense is that it is not very common.’ Witness the equity partner who told a junior partner that ‘we have lifestyles to maintain’. The latter had dared to wonder, given the state of the firm’s finances, whether its equity partners were drawing too much.

In the keynote address, Edge International consultant Nick Jarrett-Kerr, one-time partner of what is now Bevan Brittan, told the conference that he backs that courageous junior partner. ‘Drawings should always match the cash coming into the firm,’ he said, ‘because a prime feature of a failing firm is when drawings exceed net profits.’

That is blindingly obvious, you might say, but Jarrett-Kerr said that only the best-managed firms regularly review and, occasionally, reduce equity partner drawings to reflect prevailing market conditions. It is the first of his top-10 tips to ensure a firm makes a profit by banking more money than it pays out.

Another top-10 tip is to speed up the work cycle. ‘Work piled up on your desk is in lock-up,’ he says. ‘Cutting the time between first speaking to the client and invoicing for the work means a surge in revenues because there is less work in progress (WIP), more money coming in and a better cashflow.’

Other tips include urging partners to ‘get out more’ and drum up business; empowering assistants and associates to get involved in marketing; reducing salaries rather than making redundancies, so as maintain the firm’s knowledge base; and ‘reviewing, hiving-off and closing non-core businesses’ – typically, these days, criminal defence and personal injury.

Jarrett-Kerr also turned his attention to management weaknesses and strengths.

Communication barriers between partners and the rest of the firm can be caused by some of the qualities that enabled them to rise to the top of the profession in the first place. A partner’s ‘drive’, for example, can manifest itself as ‘impatience and a reluctance to listen’, while ‘client focus’ can result in ‘closed door syndrome’, where ‘client work takes priority over everything else’, including management responsibilities.

‘Ambition’, moreover, can be cloaked in ‘selfishness, reluctance to work in a team’ and in an egotistical ‘lack of empathy with staff (and) blindness to other people’s agenda and needs’.

He described four alliterative ‘leadership communication and management styles’, one of which he recommends as the preferred model for law firms. These are ‘push’, which revolves around threats and fear; ‘pummel’, which is ‘martial law’ that is big on stick and small on carrot; ‘pamper’, which creates a ‘culture of entitlement’ and an ‘illusion of cradle to the grave security’; and, the favoured option, ‘pull’, which ‘engages the imagination’, is ‘integrated and participative, empowers people and teams’ and is ‘best for long-term results’.

The key to the ‘pull’ model, Jarrett-Kerr explained, is a culture of ‘openness and honesty’ between management and the rest of the team. This is best fostered through ‘management by walkabout’ because law firms whose leaders remain in their offices are ‘rarely successful’. The leader should ‘inform and listen’ in a ‘mix of structured and informal’ contexts. The essence of the ‘pull’ model lies in ‘persuading and influencing’ and ‘promoting engagement’ without recourse to threats and fear. 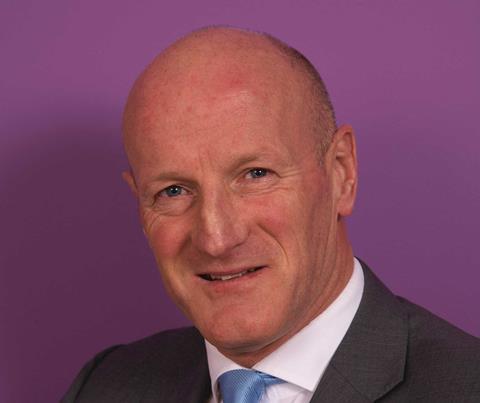 Simon McCrum, managing partner of Oxford firm Darbys, told the conference that he put ‘consultancy-speak’ to the test and found, as its promoters proclaim, that it can help a failing practice journey ‘from dark nights to bright stars’.

In 2007, after some years as an equity partner at Manchester firm Pannone, he accepted an invitation to become managing partner of Darbys. It was his opportunity to achieve ‘the dream of great service (from) every lawyer, every time’.

Instead, he quickly realised that he had bought into a firm with directional and leadership challenges, ‘skeletons in the cupboard’, a rising claims record and a mere ‘average chargeable time across the firm of three hours a day’.

There were no transparent career paths, one team promptly upped and left, there was gossip on the streets that the firm was in trouble and, squeezed between an Irish pub and an Indian takeaway, the firm’s premises were in desperate need of a makeover.

The firm was also close to insolvency. The books relied totally on WIP for its profitability, rather than on cash, which had almost run out despite a £1m tax bill pending. There was a ‘parked bills’ list totalling £450,000, which was untouchable because the firm would not chase ‘good clients’, and just two of the firm’s 15 teams of lawyers were making money.

The coup de grâce should have been the September 2008 collapse of Lehman Brothers and the credit crunch, except Darbys emerged from the economic meltdown stronger than ever before.

McCrum explained that he initiated a ‘root-and-branch’ review of the entire firm, introducing greater transparency, hiring a new finance director, defining career paths and ‘putting the right persons in place’ as team leaders. Reward became based on merit across the whole firm. ‘You deliver, you get the reward,’ said McCrum. ‘We even changed the equity partner annual bonus to a varied profit share, where the most profitable teams get a bigger reward than the others.’

Equally crucial, however, was devolving decision-making to the managing partner, eliminating long partner meetings to discuss everyday decisions and allowing innovations to be approved quickly. Risk management was also given new priority: ‘Risk assessment should be items one to eight in any 10-point meeting agenda. We take it so seriously that we have a £50,000-a-year lawyer just to check files and help us avoid insurance claims.’

The root-and-branch review started in spring 2009 and, according to McCrum, the ‘worm turned’ in October 2009. The years 2012 and 2013 showed bottom line growth of 43% and 39% respectively and the firm now has new headquarters in Oxford and a new office in Manchester.

Apart from ‘seriously hard work’, McCrum attributes the firm’s success to certain key factors. ‘Darbys’ equity partners had the honesty and courage to empower a managing partner – and an outsider at that,’ he said. ‘That allowed us to make hard decisions and address obstacles to growth, giving good people a career path to pursue and introducing zero tolerance of people who would slow us down. We also can’t thank NatWest bank enough.’

Consultant Barry Wilkinson of Wilkinson Read & Partners asked: ‘Why do seemingly successful law firms fall over?’ He answered his own question: ‘Because they confuse profits and cash, distribute profits before they are realised, try to grow without funding and, once committed to fixed costs, cannot adjust if there is shrinkage in the marketplace.’

On lock-up and WIP, he quoted the LMS financial benchmarking survey, which found that median lock-up for all LMS practices is 177 days. That is a lock-up of almost £2.5m for a £5m turnover firm. ‘You can reduce the days by choosing work with short pipelines and cutting out those with long pipelines, such as personal injury. By reducing WIP by just one week, borrowing can be cut by £100,000 a year for a £5m firm.’

But the biggest blockage, Wilkinson asserted, is fee-earner fear of the client. ‘Would you prefer £200 or £2,000? You can spend a couple of hours on a Friday afternoon working on a file for £200 or you can phone clients and ask them to pay their £2,000 bills. Lawyers are not sales people, but they need to develop the confidence to hold essential conversations about payment.’

Mark Jones of national firm Addleshaw Goddard’s professional practices consultancy explained the common-sense steps towards a successful merger: ‘Have a written business plan, even if only 30 of the top 100 law firms have one. Be realistic, too – Clifford Chance is never going to merge with a three-partner firm.’

He continued: ‘Apply the 80/20 rule, which is to say don’t get tangled in the undergrowth with time-consuming and unprofitable work. Bring a positive attitude to the issues by bringing solutions to the table, not problems. And avoid duplication – someone has to be ultimately responsible for making decisions and no merged firm really wants, for instance, two human resources and IT departments. There will be redundancies.’

Consultant Andrew Otterburn of Otterburn Consulting chaired a question and answer session to test how much value delegates have derived from the conference. He posed two questions: ‘What particular issues are you taking back to your firms and what should the LMS focus on during the next few years?’

Delegates responded with an exhaustive – and familiar – list of issues of concern encompassing regulation, data protection, professional indemnity insurance, mergers and acquisitions, and the need for innovation hubs to compete with ‘Tesco Law’.

The LMS should focus over the next few years, they indicated, on risks to the economy posed by a change of government at the forthcoming general election. Another area that would benefit from the LMS’s attention is mentoring. One delegate said: ‘With senior partners a threatened species, we need a new source of expertise.’

Delegates were left with a third intriguing question: ‘What’s the legal world going to look like in a few years’ time and what does your firm need to do to survive and thrive in that world?’