Listed firm buys tax business for deal worth up to £8m

The London-based plc announced to the stock exchange today that it has bought corporate tax advisory business CWE Energy.

The deal involves an initial £300,000 cash payment, with a further £3.7m paid in cash in equal instalments over five years. Additional consideration will be payable on the fifth and tenth anniversaries of the deal, dependent on the performance of the business, with a final total cap of £8m.

The acquisition, which is funded from existing cash resources, is the first since the company’s successful IPO in August. At that time Gordon Dadds announced its intention to expand its tax advisory business to add to the group’s business divisions.

CWE was established in 1990 in the City of London by a team of professionals who had previously worked in the corporate tax department of one of the big four accounting firms. 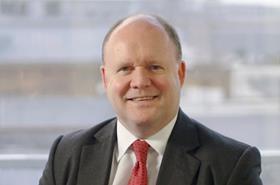 It specialises in the oil and gas industry, working with blue chip clients and advising on other aspects of UK and international taxation. The company will continue to operate from existing offices under its present name, with administrative and support functions moving onto the Gordon Dadds’ systems.

The announcement that confirmed CWE made a loss of £4,000 for the year ending 31 March 2016 after partners’ remuneration. Gordon Dadds says if the arrangements for members’ remuneration had been included on the same basis as that agreed for the future, annual profits would have been £1.3m.

Adrian Biles, chief executive of Gordon Dadds, said the deal enhances the group’s activities and will provide opportunities for cross-selling services within the group.

‘Such acquisitions ensure that Gordon Dadds is always providing a premium service which caters to all our clients’ needs,’ said Biles. ‘Since the flotation, we have received a number of approaches to make acquisitions and also for lateral hires. We have a good acquisition pipeline which will enhance earnings and the reach of the group.’

The company has previously said it has £20m available to make acquisitions across professional services divisions.