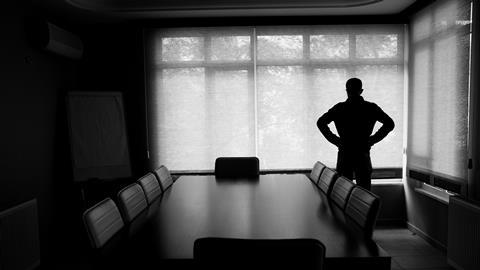 A leading family firm based in the north west will appear in court this month to answer a winding up order.

The London Gazette today published the petition notice relating to Heaney Watson, a firm with offices in Liverpool and Manchester.

It is reported that the petition has been made to wind up the firm by insurance practice Premium Credit Limited, a creditor. The petition will be heard at Liverpool County Court on 22 May.

The firm’s website was today shut down and its Twitter account not operating. The website simply features a notice from Bristol-based designer Conscious Solutions that the site is suspended having ‘exceeded its network data transfer allowance’.

The Gazette has attempted to contact the firm, which has 10 solicitors according to the Find a Solicitor website, but has yet to receive a response.

The Liverpool Law Society confirmed to the Gazette it has received a 'number of' enquiries from clients of Heaney Watson who have been unable to contact the firm.

A spokesman added: 'We have reported the matter to the SRA and we are consulting with them.'

The Liverpool Echo reported in 2009 that the firm had been founded from the demerger of Goodmans family law department and included former Goodmans partners Liza Watson, Simon Heaney and Tracy Winstanley.

According to an article in the Manchester Evening News, the firm acquired the family law team at Manchester’s Adam Taylor Solicitors in 2010.

The firm has established itself as a specialist in family mediation. Last year Winstanley was named as family mediator of the year at the Legal Aid Practitioners Group’s Legal Aid Lawyer of the Year Awards.

In 2014, Heaney Watson joined with four other firms to support a free legal advice service to start-up businesses and members of the public, coordinated by Liverpool John Moores University’s School of Law.