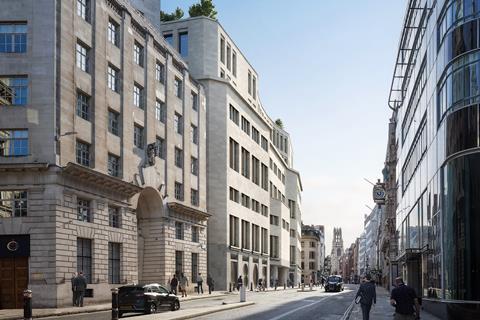 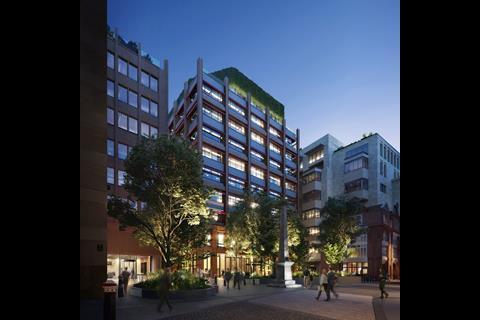 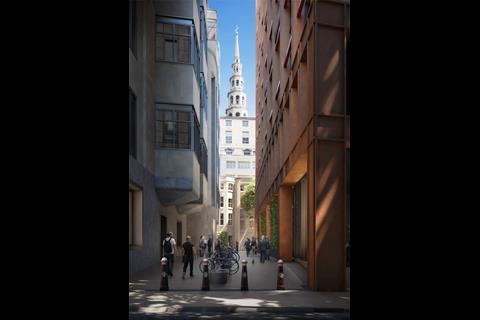 Artists’ impressions of the buildings destined to become London’s new ‘justice quarter’ were released today by the City of London Corporation. The development, in Fleet Street and Salisbury Square, will accommodate new Crown, civil and magistrates’ courts, a new headquarters for the City of London Police and a commercial development.

The plans are subject to a public consultation by the City of London Corporation.

According to today’s announcement, the courts building, designed by Eric Parry Architects, will create a ‘substantial civic presence’ on Fleet Street. It will also ’make the most of the views of the grade I listed Wren-designed St Bride’s Church. 'An integrated public art strategy will be a vital part of the masterplan, imbuing a sense of public ownership and civic pride.'

The building will contain 18 courtrooms over nine storeys. 'This new flagship facility will reflect the City’s role as the global centre of justice and legal services,' the courts minister, Chris Philp, said.