Marsh, currently executive director of operations and investigations at the PHSO, will join the Legal Ombudsman (LeO) in January. She is the third person to hold the post on a permanent basis since it was created under the Legal Services Act.

Marsh replaces Kathryn Stone, who leaves the organisation next month to become parliamentary commissioner for standards. In the interim period, LeO’s director of operations Simon Tunnicliffe will become chief ombudsman. 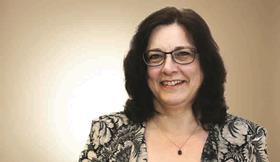 Wanda Goldwag, chair of the Office for Legal Complaints (OLC), said that Marsh ’brings a strong background in complaints, investigation management and leadership, together with relevant understanding and context for the role from her work at PHSO’.

Marsh was previously a commissioner at the Independent Police Complaints Commission for 10 years.