Public Health England has carried out onsite inspections of the cell areas at only two Crown courts, the Gazette can reveal, prompting calls for greater transparency over Covid safety measures.

According to the response to a freedom of information request submitted by criminal barrister Tomas McGarvey and seen by the Gazette, since May last year the agency has carried out safety inspections of the cell and custody areas at the Central Criminal Court (Old Bailey) and Southwark Crown Court in London. Site visits have not been made to any of the other 77 Crown courts hearing jury trials at present.

Ministry of Justice officials said that cell areas are checked by the Prisoner Escort and Custody Service (PECS). The ministry renewed a contract with outsourcer Serco to provide the service in October 2019.

Lawyers and court staff have voiced concerns over safety measures and the Public and Commercial Services Union, which represents court staff, is balloting members over strike action due to concerns.

McGarvey, a tenant at Church Court Chambers, in London and member of the Criminal Bar Association’s Covid safety committee, told the Gazette there was an 'absolute lack of transparency' over court safety checks. 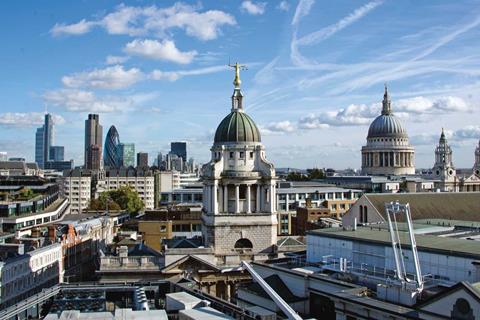 McGarvey called on officials to publish the safety assessments carried out at all courts in a central database that lawyers can access. A 'maximum occupancy level' should be set and publicly displayed at courts and custody areas.

Criminal Bar Association chairman James Mulholland QC said: 'Regular visits and evaluations of court safety by PHE and PH Wales must be made and the results shared transparently with all court users if HMCTS is to move on from a position of what many practitioners justifiably see as bare assertions that our criminal courts, including custody cells, are "Covid-secure". Simply repeating the assertion that criminal courts are safe does not make that a reality.'

A spokeswoman for HM Courts and Tribunals said: 'All court custody areas have been, and continue to be, fully risk assessed in line with public health advice.'