Manchester Law Society has received an ‘overwhelming’ response in the last 48 hours to its plea for pro bono advice and representation for families and seriously injured people following Monday's attack on the Manchester Arena.

The society's chief executive, Fran Eccles-Bech, said more than 100 solicitor firms, law students, barristers and 'bigger' law firms in the north and farther afield have offered to provide free advice to help with legal issues that those affected by the bombing may face. 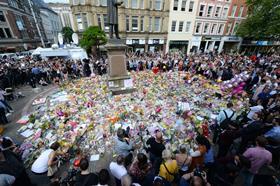 Eccles-Bech said the society is working with Manchester police 'so that victims can more easily find the help they need'.

The day after the attack, the society said on its website that it was coordinating a 'pro bono advice rota', looking for firms willing to help with Criminal Injuries Compensation Authority claims and inquests.

The society said: 'It is appreciated that there may come a time when a particular issue, for example a complex contested probate litigation, might need to [be] handled on a non pro bono basis and as such on a conditional fee agreement. However, we do believe that in the early to medium term the approach of member firms should be totally pro bono.'

Eccles-Bech said today: 'I know ours is a small contribution in the face of the enormity of the impact of the attack on so many people's lives, but I hope we can help even a little.'

Greater Manchester Police says 22 people have been confirmed dead in addition to the man believed to have been responsible.