The youth justice system is to come under the scrutiny of a parliamentary inquiry chaired by Liberal Democrat peer Lord Carlile.

The inquiry, coordinated by the National Children’s Bureau (NCB) with support from the Michael Sieff Foundation, issued a call for evidence today into the system’s effectiveness and its role in preventing offending.

It will also evaluate whether the current system adequately protects the welfare of young people, and if the Crown court is appropriate for those committing serious offences.

The review, which runs until spring 2014, comes amid growing concern that criminal and youth courts do not offer the most effective means of dealing with young offenders.

Carlile carried out the independent review of the 2009 ‘Edlington’ case in South Yorkshire in 2009 after two brothers, aged 10 and 12, looked after by Doncaster Metropolitan Borough Council, attacked two other young boys.

One concern voiced by those working in the system is that in too many cases the criminal court system responds to child offending in near isolation from the welfare problems from which criminality often flows.   Carlile said the inquiry ‘goes to the heart’ of the youth justice system in England and Wales.

‘We want to see an improved youth court that better addresses youth offending, and delivers a better deal for victims and wider society,’ he said.   Enver Solomon, director of evidence and impact at the NCB, said he hoped the inquiry would provide a ‘fresh impetus’ to improve the system.

‘Given the significant number of children and young people that appear before the courts with complex welfare needs, it is imperative that decisions take account of their life circumstances and how best to ensure they are supported to stop offending,’ he said. 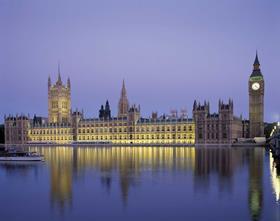 Oral evidence hearings will take place late this year and early next year, with a report due to be published in spring.