A judge who trained as a solicitor - though who spent the bulk of her career at the bar - is among seven new appointees to the Court of Appeal bench announced today. Three of the seven are women.

According to the judiciary's announcement today, Dame Nicola Davies QC grew up in Llanelli and Bridgend, Wales, and was the first in her family to attend university. She trained as a solicitor and worked in the City as an investment analyst before being called to the bar in 1976. She specialised in medical law encompassing clinical negligence, crime, regulatory work and inquiries and acted in notable cases including Sidaway v Board of Governors of the Bethlem Hospital, the Cleveland Child Abuse Inquiry and the Bristol Heart Surgeons Inquiry. She also represented Dr Harold Shipman at his criminal trial. 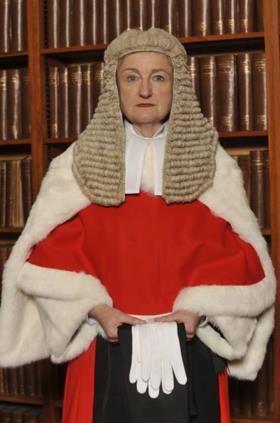 The other appointments are:

Sir Jonathan Baker QC. Family law specialist Baker was called to the bar in 1978, took silk in 2001 and was appointed to the High Court (Family Division) in 2009. He is a leading authority on the law relating to children and mentally incapacitated adults.

Sir Nicholas Green was an academic lawyer before being called to the bar in 1986. The expert in European, commercial and constitutional law acted in the key constitutional case Factortame Ltd v Secretary of State for Transport. He has been a judge of the Queen’s Bench Division since 2013.

Sir Charles Haddon-Cave practised in shipping, aviation and commercial law, representing the victims of the Herald of Free Enterprise/ Zeebrugge disaster, the Marchioness disaster and the Kegworth air crash. He took silk in 1999 and is currently judge in charge of the terrorist list.

Sir Stephen Males was called to the bar in 1978 and took silk in 1998. He was appointed to the High Court in 2012 and is currently presiding judge of the northeastern circuit.

Dame Vivien Rose attended a comprehensive school in London and was called to the bar in 1984. After 10 years in private practice she joined the Government Legal Service in 1996, working in HM Treasury and the Ministry of Defence. She is president of the Upper Tribunal (Tax and Chancery Chamber) and a nominated judge for the Financial List.

Dame Ingrid Simler was called to the bar in 1987, took silk in 2006 and has been a judge of the Queen’s Bench Division since 2013. She is currently president of the Employment Appeal Tribunal and is a High Court Liaison Judge for diversity.