Tackling financial abuse of the elderly

We need tougher rules on lasting powers of attorney but the Ministry of Justice appears indifferent.

It is clear from surveys and research carried out in other countries that financial abuse of the elderly is happening on a large scale. To assess the size of this problem in England a freedom of information request was made to the Care Quality Commission (CQC), as care homes have a duty to report concerns about residents, including instances of financial abuse. 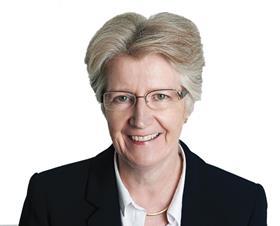 The figures revealed that between January 2013 and June 2017 a total of 12,968 safeguarding records – official reports where the CQC is alerted to and has investigated allegations of financial abuse – were made to the commission.

The breakdown of data shows year on year that the highest number of victims fell within the three age bands of 65-74, 75-84 and 85 and older. In 2016, the figures show that there were 329, 530 and 848 safeguarding records made for each of the corresponding age bands. What we do not know is what kind of abuse is taking place and what follow-up was made. The records are incomplete.

However, if financial abuse is taking place on this scale it surely means that we are not doing enough to prevent it – whether by training staff, reporting abuse, or keeping clear and complete data so that a comprehensive picture can emerge. Without such data we will not be able to show the extent of the abuse and take appropriate measures to stop it.

There needs to be an analysis of why it is so difficult to investigate allegations and how we can get behind the closed doors to talk through problems with the elderly. Are client confidentiality and data protection rules preventing frontline professionals from taking action? Is there some bias against taking claims by the elderly seriously? Do we spend enough time listening and patiently gathering the details required to build a case? Should there be suspicious activity reports similar to the anti-money laundering regime, which places a responsibility on each of us to report abuse?

We should surely use the example of child abuse reporting and investigation as a template. If abuse is suspected then, rightly, the authorities’ reaction would be to talk to the elderly person; ask them to keep a diary; talk to a trusted member of the family or GP in order to get someone else’s perspective; talk through the elderly person’s worries; and finally explore the reasons why they would keep financial abuse secret.

With regard to financial abuse, we should see tougher rules about lasting powers of attorney (LPAs). It is understood that the format of LPAs is being reviewed. Perhaps the Office of the Public Guardian (OPG) could consider the following:

a.    It is clear from Court of Protection cases that much financial abuse is detected through the annual accounting requirement for deputies. Why not extend this to active LPA attorneyships and registered enduring powers of attorney? Any organised attorney would be keeping detailed accounts for all financial transactions, and a disorganised attorney could be helped to do so. It would supply early identification of abuse. Again, the cost is borne by the donor’s estate – the less complicated the estate the smaller the fee.

b.    How would mandatory accounting be triggered? This does not need to be complicated. There would be key roles here as follows:

i.    Banks – when the attorneys become registered on the accounts (signing bank mandates) then this should trigger a notice to the OPG that the LPA is now active. Financial transactions would then be subject to the accounting regime.

ii.    Solicitors – in respect of sale/purchases/gifts of property belonging to the donor and to be effected by use of a POA.

iii.    Investment managers – for sales/purchases/gifts of investments over a certain value, again by use of a POA.

These are all relatively simple steps and would not involve wholesale monitoring of all POAs, but only those being actively used by the attorneys. Of course, this would not cut out low-level abuse where sums of cash are being paid over on a regular basis, but it would be a start. It would give reassurance to donors who want their adult children to manage their finances but perhaps do not fully appreciate the temptations they are putting in their hands.

The wholesale drive towards digitising LPA creation could continue with these safeguards in place. It would certainly give our elderly clients reassurance that sufficient checks and balances will operate to stop financial abuse. 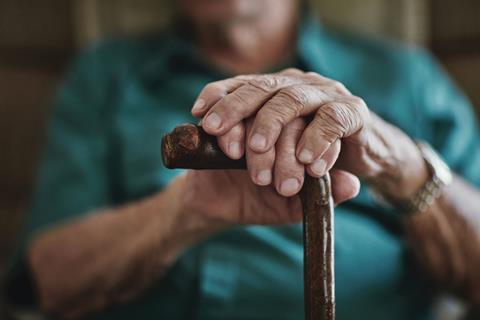 The figures from the CQC could well mask a much larger problem. Other countries are taking steps to address this: see, for example, the recently concluded 5th National Elder Abuse Conference in Australia.

In the US, Congress passed the Elder Abuse Prevention and Prosecution Act in October 2017. It was recognised that, where an estimated one in five over-65s were victims, something had to be done. This will introduce training for investigators, collection of data, enhanced victim assistance and robust prevention programmes.

It is hard to detect any robust response from the Ministry of Justice on this issue. Let us hope that change will come.

Ann Stanyer is a partner at Wedlake Bell and the author of Financial Abuse of Older Clients: Law, Practice and Prevention (Bloomsbury Professional)