The new Legal Operations & Transformation Services (LOTS) will be headed by Nicola Brooks. She joins from City firm Travers Smith, where she was operations director. Earlier in her career Brooks was a marketing manager at KPMG and she later worked for law firm Seddons. 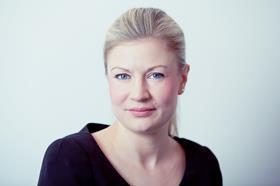 It is the latest development in the rapid growth of KPMG’s legal services offering. In January, the Gazette reported on the opening of a KPMG affiliated legal practice in Hong Kong. An associate Shanghai office is expected to follow later this year.

The firm said the LOTS offering will help in-house counsel identify ‘technologies, flexible resources and managed services that can support delivery of legal services’ and help companies and their general counsel ‘re-imagine how legal services are delivered to the business’. The UK arm follows similar services in KPMG Australia, Germany and Switzerland.

Brooks said: ‘We want to help them develop solutions that maximise cost efficiencies, optimise operations and continue to position them as a strategic business facilitator and manager of legal risk. Much of this will be enabled by the right people strategy, good process and underpinned by technology.’

Nick Roome, partner and UK head of legal services at KPMG, said: ‘The demands on today’s in-house legal teams are increasingly changing which is putting more pressure on budgets and resources. That’s why we are excited to launch LOTS to help in-house legal functions adapt and become the legal teams of the future.’

James Thomas, KPMG’s global lead of legal technology, will support the LOTS as part of his remit.

NOTE: An earlier headline on this piece wrongly stated that Nicola Brooks is a lawyer. This has since been corrected.