About 12% of the professionals supervised by anti-money laundering authorities are ‘at risk’, according to the latest annual report of supervisory activity published by HM Treasury. Anti-money laundering and counter-terrorism financing: Supervision Report 2019-20 concludes that efforts should continue to address 'significant deficiencies' in supervision by the 22 legal and accountancy sector supervisors.

The report covers the activities of the Solicitors Regulation Authority as well as bodies such as the Financial Conduct Authority and Gambling Commission. The SRA is by far the largest of the nine legal sector supervisory bodies - the Bar Standards Board has an AML population of 582. 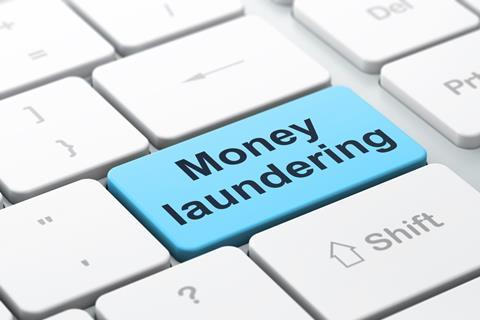 However the SRA is commended for having a stronger understanding of the risks than other supervisory bodies in the legal sector where 'weaknesses in supervision are a significant issue', the report warns.

Of the 6,593 law firms within the SRA's AML purview in 2019-20, 75 received a site visit and 431 were the subject of a desk-based review (DBR) in the year. Eight formal actions were taken following site visits and 15 following DBRs. Fines totalling £190,500 were levied on 16 SRA-regulated firms. None of the other five England and Wales legal regulators levied any fines.

The report notes that the newly established Office of Professional Body Anti-Money Laundering Supervision has powers to publicly censure a supervisory body, or recommending that HM Treasury remove their supervisory powers.

Introducing the report, John Glen MP, economic secretary to the Treasury, agrees there is 'room for improvement' in the regime. He reveals that HM Treasury is reviewing the money laundering regulations 'to further ensure that the system is as effective and focused as it can be'.