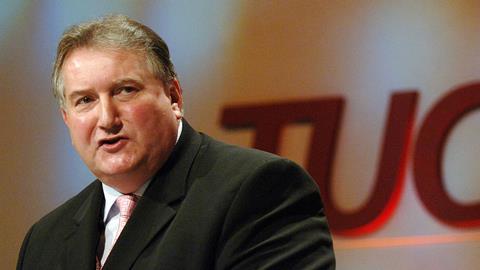 UNIONLINE has been formed by the Communications Workers Union (CWU) and GMB to provide a comprehensive legal service to members from its base in Sheffield.

The firm’s arrival was confirmed today as the SRA granted it an alternative business structure.

The venture is believed to be the first union-owned ABS and is promising to be a direct competitor to high street firms – potentially including PI firm Thompsons, which claims to be ‘uniquely committed to trade unions and the labour movement’. The legal service will also be used as a marketing tool for the recruitment of new members.

Paul Kenny (pictured), GMB general secretary said: ‘We look forward to providing a one-stop shop for members which will provide a comprehensive legal service, and unlike the high street, there will not be deductions from their personal injury awards.

‘We have significant plans for the future and look forward to giving trade union members a unique advantage in their choice of legal services.

'Our aim is to take on the high street firms and the ambulance chasers off the television with a quality national legal firm with ethical values in line with the trade union movement.'

A partnership of solicitors will act for members under the authority of a UNIONLINE monitoring board.

In a letter to members sent earlier this month, Kenny said the GMB had to restructure its entire legal services following the introduction of changes brought about by the Jackson reforms last year.

The formation of a law firm follows 18 months of discussions and the number for the new venture will be sent to members with their new membership cards in July.

The letter states that UNIONLINE can practise in employment, debt, landlord issues and criminal matters. There will also be a free accident and injury service for members and their families. Kenny's letters said: 'Doing nothing wasn’t an option. Handing over our legal services to outside financial interests wasn’t for us either.'

GMB says it has almost 627,000 members working in every part of the UK economy. The CWU represents more than 200,000 postal and telecommunication workers.