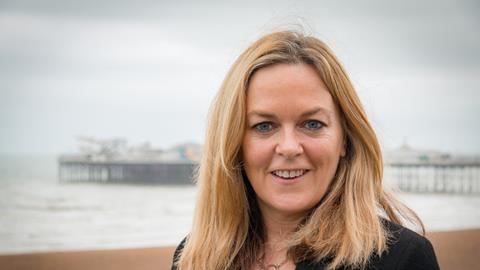 I always wanted to be a lawyer but took an indirect route. As a pink-haired teen, I was more interested in music and politics than studying. I left Lincolnshire for a London squat and had a wonderful time. I worked as a dresser in the West End; was a PA to Vanessa Redgrave; and even sold shirts door-to-door in the City.

At 21 I decided to get back to my books. By day, I sold ad space for the Evening Standard; by night, I attended lectures at Birkbeck and King’s College London. After the LPC, most students were off to practise corporate law. That didn’t interest me. I wanted to do something I saw as more meaningful.

A week’s work experience at Tottenham Hotspur’s legal department led to employment by a local crime firm as a probationary police station rep. My first call-out saw me locked in a cell with a huge naked burglar who had refused the paper suit. I could hear the desk sergeants guffawing as I, red-faced, tried to focus on giving my legal advice.

I secured a training contract at Lawrence & Co in west London. Once qualified, I moved to Brighton and was lucky to get my first job at Kellys – a small friendly practice with a specialism in protest law.

The hardest parts of being a criminal defence lawyer are the demanding hours and terrible pay.  This hasn’t changed, but my ability to deal with it has. At one point, juggling work with motherhood was impossible and not lucrative enough to pay for reliable help. This coincided with government proposals which seemed to sound the death knell for legal aid. I felt I had no choice but to jump ship. I worked for a local authority. The work was interesting, but I missed my life of crime and soon returned.

Criminal defence work is the sharp end of the law. I meet people at the police station when they have had their liberty taken away. I can spend months, sometimes years, working with them as they await the final verdict. There is no typical client. All sorts find themselves lying on a cell bunk, but many are vulnerable.

I would say that most youths I represent have some form of learning disability and many are undiagnosed. I recently represented a 17-year-old who had gone through school without his significant learning disability being diagnosed. The expert reports which aided his acquittal also enabled him to be assessed as meeting the criteria for lifelong social care. It was a bittersweet moment for his family, who were relieved but angry that it had taken criminal proceedings for him to get the help that should have been available a decade before. Earlier intervention could have avoided the need for an arrest at all.

This area of law is never boring.  It is dynamic and challenging, and full of fascinating people and stories.  Like medics, we get by with a mixture of gallows humour and a belief that what we do matters. On 1 April I opened my own practice – I successfully applied for a criminal legal aid contract. I know crime doesn’t pay but it is one hell of a day job.