Several family friends were senior partners at law firms in Honolulu, where I originally came from. They were well regarded in business circles, government advisory councils and non-profit associations. One of these friends – along with my father – encouraged my pursuit of a law career.

In the US, lawyers start with a university bachelor’s degree, then attend a law school for a second degree. My undergraduate degree was in economics, with history and philosophy on the side. Then I attended law school at New York University, with a heavy focus on business and finance. Work experience was an important part of my studies. I had internships with law firms each summer and worked as an intern with Congress in Washington DC. I also undertook a one-year legal clerkship with a respected US federal judge.

I was privileged in being involved in the legal profession in the right place at the right time. When I began in practice, major European privatisations were under way, so I worked on some of the most important transactions in Europe, splitting my time between New York and London. I then worked on significant deals in China, Latin America and eastern Europe. I was also in Hong Kong during the transition from UK colony to the return of sovereignty to mainland China. The rigorous and varied training in my early years allows me to be more creative and thoughtful in approaching transactions and regulatory matters.

Lawyers sometimes take for granted the skill set that they have and what it can and should mean for their involvement in community matters, particularly pro bono work. I have always tried to be active in community and civic matters. Whether it be helping in running a board meeting, or writing a letter to a government agency, and assisting in fund raising – these are things which community groups find helpful. 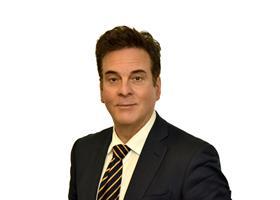 While living in London, I am still active in civic affairs in Hawaii and New York. I help oversee a family charitable foundation and am on the board of two historic preservation groups in Hawaii. I am also active with New York University Law School alumni matters and with community groups in London.

As major corporate firms become larger, the business aspect of law takes up too much ground, often at the expense of collegiality, quality training and civic engagement. Law firms should be engaged in the practice of law, and everything is ancillary to that end.

Profitability is a tool to help guide the firm and provide some discipline, but it should be an instrument for excellence in the practice of law. Client service comes first and that is rooted in proper legal training. The billing pressures are high, cutting down on the time for personal and firm investment in training.