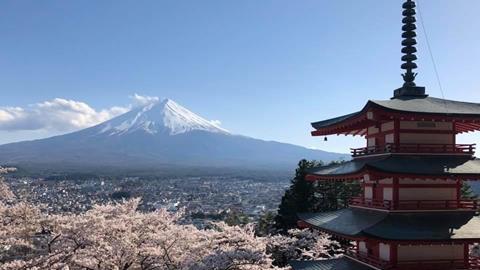 We return to Asia in our series examining how English law is being used in different jurisdictions. This time we hear from Nick Wall, who works at Allen & Overy in Tokyo

Japanese schools and universities start their year, new graduates join law firms and companies, new financial years start, all from the first of April. Traditionally this season involves saying goodbyes and the excitement of welcoming the new – often done on a blue plastic sheet, in a park, under the cherry blossoms, generally with much drinking, eating and singing.

It is also a season where people seem to open up, like London during that wonderful week of summer (whenever it may come), you see smiles on people’s faces and people look up to the sky as opposed to keeping their heads down to keep out wintery gusts.

This year is different. Spring has yet to come, a state of emergency has been declared in Tokyo since January and whilst we have not had to suffer the brutal lockdowns seen in Europe and other places, the ongoing coronavirus pandemic is having its impact on day-to-day life here. Restaurants and bars are expected to close at 8pm, people are being encouraged to stay at home and most lawyers are still working from home.

That being said, I am incredibly lucky and privileged to be able to practise law in what, in my view, is the world’s greatest city. Japan is a place where the legal profession is still highly regarded, practising lawyers are usually referred to as sensei an honorific title reserved for those seen to be experts in their field – teachers, doctors, accountants, and for some reason, politicians.

For the world’s third largest economy, it is also very under-lawyered – Japan has approximately 23,000 lawyers compared to England and Wales’ 195, 821 – for a population that is almost double; this means there is strong demand for our services.

In order to provide legal services in Japan, lawyers who are not qualified Japanese attorneys (bengoshi) need to register with the Ministry of Justice and one of the Japanese Bar Associations.

As of 1 April 2019, there were 422 registered foreign lawyers. Of these, 72 were English lawyers, which in terms of overall numbers was only exceeded by New York lawyers (110).

It is also interesting to note that when broken down by nationality, only 46 of the 422 registered foreign lawyers were UK nationals, which goes to show the international appeal of the English qualification.

Of the top 100 global law firms (as measured by revenue), 25 have a presence in Japan, many of which can also advise on Japanese law. Of these 25, 24 are firms headquartered in either the UK or the US. Are there any other major sectors of the Japanese economy where Britain shares such a strong position? Most of our work is advising Japanese clients on their cross-border investments – and regardless of what corner of the globe they are looking to invest, English along with New York law are the default choices.

In fact, other than the recent emergence of Singapore law for deals in Asia, I would go as far as saying the only choices.

The strength of English law as the global standard is no doubt due to a degree on English language’s de facto position as being the language of international business. That being said, Britain’s reputation as being a fair, just and open society are a key part of the ongoing success of English law as the law of international business. This should not be taken for granted.

The recent emergence of Singapore law in the region has been driven in a large part by government policy and aggressive investment in making Singapore a hub for international business.

Looking to the future

As lawyers, I think it is upon us to recognise the English legal system as being one of Britain’s greatest exports and make sure that it remains the global standard. For most lawyers around the globe, law is a domestic product with little applicability beyond the country’s borders. Not many publications aimed at lawyers in other countries could have a series titled ‘Postcard from abroad.’

For me, this means encouraging people to study law in the UK, regardless of where they come from, and then ensuring that we as a profession are doing what we possibly can to train the next generation of lawyers.

In order to register as a foreign lawyer in Japan, a period of post-qualification in the lawyer’s home jurisdiction is required. Whilst this is an issue of contention, and something many practitioners argue should be done away with, it does reflect the fact that training and mentoring are so important in the first few years of a lawyer’s career.

It is the global strength and reputation of English law, as well as fantastic training in London by some great lawyers that has given me the chance to live in this wonderful city of Tokyo, which has more Michelin stars than New York, London or Paris, world class skiing and diving within two hours of my door, and so many bars and restaurants that if I were to visit a different one for breakfast, lunch and dinner each day, I would need 150 years to do so, all in an incredibly safe, clean and efficient environment.

From Tokyo, hoping things get back to normal soon – haru yo, koi (hurry up spring).

Find out more information on the Law Society’s work in the North Asia and Pacific market.

Nick Wall is partner at Allen & Overy in Tokyo