International firm Baker McKenzie has announced the death of global chair Paul Rawlinson. In a media statement the firm said that Rawlinson died unexpectedly on Friday.

Rawlinson, an intellectual property specialist, was admitted as a solicitor in 1988. He was formerly the firm’s London managing partner and led its global IP practice from 2004 to 2010. He was appointed global chair in 2016. 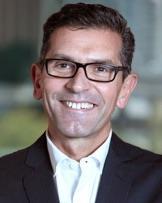 In October last year the firm announced that he was taking time off due to medical issues caused by exhaustion.

A Baker McKenzie spokesperson said this morning: ‘The firm’s thoughts are with Paul’s wife Alison and their two children, whom the firm will be helping through these very difficult times. Our thoughts also go out to the very many friends at Baker McKenzie and outside the firm that worked with and admired Paul. For all of us Paul was a visionary, a true leader and a good friend. He will be greatly missed.’

Baker McKenzie said it will be providing counselling to those who would like to talk to a professional adviser.

Jaime Trujillo, who was appointed global acting chair of the firm last October, will continue in his role while the firm identifies a permanent successor.