It is quite extraordinary to think that if I had been born just a generation or two earlier, I would not have been legally allowed to qualify as a solicitor for no other reason than the fact that I was a woman. 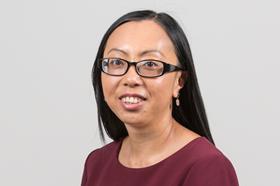 It was not until the Sex Disqualification (Removal) Act 1919 that this barrier was removed. Carrie Morrison was the first women to qualify as a solicitor, in 1922.

The Law Society’s first president was appointed in 1841 and since then there have been 174 presidents – but only 5 have been women.

The Law Society has launched the Women in Law Pledge with the aim to tackle the issue of gender inequality within the legal profession. Legal service providers can show their support and sign up here.

Between November 2017 and January 2018 a survey was conducted by the Law Society which then fed into roundtable meetings across the country (including at HJA) cumulating in a report published in March 2019.

A major focus of Christina Blacklaws’ presidency was the Women in Leadership in Law project, because despite the fact that more women enter the legal profession, and more firms have at least this proportion of women as qualified solicitors, there remains an imbalance the higher you get up the hierarchy of an organisation. The Law Society’s annual statistics in 2017 showed that of the 3,000 partners in private practice, only 28% were women.

A group called First 100 Years aims to highlight the achievements of 100 incredible women leaders in the law.

It’s interesting to see where my firm sits within the statistics of the profession and so here are some fun facts:

A woman in law

Getting to this milestone at 40 has made me want to reflect on my own story. Whilst my credentials are not quite as impressive as our managing partner's, I was the first woman in my family and generation to pursue a legal career; so here is a story about one woman’s journey to making it in the law.

My parents were Chinese immigrants living in Vietnam as fishermen until the late 1970s when they fled (after the war) to the Pearl of the East - Hong Kong, where I was born on the 23rd day of the 9th month.

We didn’t stay in Hong Kong for long before relocation to Scotland (where two of my siblings were born in 1981 and 1982) and eventually settling in East London (where my youngest brother was born in 1983) where we have been ever since.

My parents came to the UK with very little and made a life for themselves with nothing but hard work and sheer determination to carve out a better life for their children.

I followed a very conventional route to qualification – studying a law degree, completing the Legal Practice Course and then securing a training contract in close succession. I think I felt that as I was given opportunities that my parents never even dreamed of having, I could ill afford to waste these on luxuries like a gap year or an English degree.

I qualified in 2005 in a small firm in Camden Town and then changed firms and practice area in 2007, and have not looked back since.

I was promoted to associate in 2010, partner in 2014 and equity partner in 2015, and then reverted to an employed partner in 2018 when the firm became the first law firm to fully transition to a 100% employee-owned trust.

I feel incredibly lucky to work at a firm where my ethnicity and gender has made no difference to my career progression, and they are almost invisible on a day-to-day basis; I don’t notice until I step outside the comfort of our firm at external settings where the room is usually awash in a sea of middle aged white men in black suits. I feel humbled to work with some amazing women (and men) doing not just a job but a calling to better the lives of their clients. I am so proud of our managing partner who has smashed statistics and stereotypes since her appointment in 2017 – she has all the awards to prove it. She has inspired me and other women inside and outside of the firm to do better for ourselves.

When women speak to me about the fear of having children and that setting their career back, I can honestly say to them that it doesn’t at HJA. We recently promoted a women to partnership just as she was about to go on maternity leave, and that was such a positive message to be able to send across the firm. Undoubtedly it is incredibly hard work juggling a family and work, especially at senior level, and I have only been able to manage with enormous support from my parents, my team and the firm. There are still bad days where I feel I am neither a good mother nor a good solicitor able to dedicate 100% of my time and attention to either role. But you have to take a step back, recognise that no one is perfect, and that you are doing the best job that you can for your children and your clients.

It’s very daunting to think that I have come to the mid-point of my life, like walking up a hill and reaching the top. The apprehension of the journey you have made to get to that point, and the fear that’s it’s only downhill from now on. But I hope that it’s been a worthwhile 40 years; that I have made a difference in other people’s lives and will leave the world a better place than when I came into it. It’s been no mean feat to get where I am, a journey I could not have made on my own; many have shared my path and some have definitely carried me along the way. I feel I am better equipped with life’s lessons and experiences to deal with the downward hike, whatever that may look like and wherever that make take me. For now, I’m taking the time to enjoy the view at the top.

I do not feel that life starts at 40, but it does start to make more sense at 40.

Chun Wong is a partner at Hodge Jones & Allen