Imagine if we lived in a country where the government recognised the right to a safe and adequate home as a fundamental human right. In 1966, the UN’s international covenant on economic, social and cultural rights enshrined the right to an adequate home into international law. Unfortunately, whilst long since recognised as a right in international law, successive UK governments have refused to incorporate this protection into domestic law and allow our courts to uphold it. 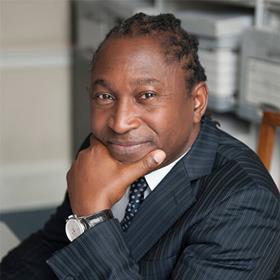 The Grenfell Tower disaster was a profound breach of the universal human right to an adequate home, as the residents of the tower found to their complete devastation on 14 June 2017.

An “adequate home” is one that is not only in a state of repair, but also where the physical safety of occupants is guaranteed. There can be little doubt that had the residents of Grenfell Tower been able to directly enforce their right to an adequate home in court, then at least some of the fire risks that we now know were present would have been identified and rectified before they came to pass with such tragic consequences.

An enforceable right to adequate housing would ensure this most basic of necessities for a fulfilling and healthy life would be protected for all, whatever the shortcomings in housing policy or practice in this country. It would provide the ultimate fall-back protection for residents.

The Grenfell Inquiry stands in a unique and unprecedented position to recommend that the right to adequate housing be enshrined in UK law. In doing so, the Inquiry also needs to debunk the myth that because those affected lived in social housing, they are somehow lesser citizens whose concerns could be ignored. This misguided view reflects recent political attitudes towards council housing and council tenants.

In 1975, council owned properties housed more than a third of the population. This was a major achievement of post-war reconstruction and improvement of pre-war housing conditions. It benefited the lives of many people.

By the 1980s a rise in home ownership was promoted by the introduction of the tenant’s right to buy council housing. Of itself this was unproblematic. However, the sale of council housing was accompanied by the simultaneous imposition of serious restrictions on the ability of councils to replenish their housing stock.

That process continued with the forced privatisation of council housing across large parts of the country and the increased commodification of housing generally. Owning one’s home was no longer enough – one had to get on the “housing ladder” too. A home has become not only a place in which to live, but an investment opportunity. This has been promoted by a sophisticated array of legislative and policy tools, which privilege homeownership and transfer public housing stock into private hands. Consequently, the remaining council housing stock is less well supported and appealing as an option.

The vision of home owner as consumer has had a clear impact on the way social housing, and most importantly, its occupants, are understood. Where once large parts of society enjoyed social housing tenure, now social housing is thought fit only for the most marginalised and economically disempowered.

Of course, the Grenfell Inquiry will be alive to the fact that this false and misguided perception does not match the reality of Grenfell Tower. The occupants of Grenfell Tower and the surrounding estate are as mixed and varied as the population of the great city in which they live. A significant number of people owned their own homes.

Yet the perception was there: council tenants need to be managed, not embraced, admired or listened to. It was this stereotyping and class-based prejudice that allowed the cost cutting and the use of deadly materials to become normalised. It meant the warnings of the residents themselves went unheeded.

This stigmatisation is deeply cultural as well as social. The Grenfell Inquiry is of course not only a legal process but also a cultural and social event, whether or not that fact is fully embraced by the Inquiry.

It is imperative therefore that the Inquiry does not even inadvertently confirm the stereotypes around council housing, even when expressing sympathy with victims of the fire.

Those living in Grenfell were hard-working people who made a valuable contribution to society including security guards, cleaners, junior doctors, architects, university students, make-up artists, hairdressers, taxi drivers, hotel workers, artists and the retired who had worked all their lives.

They were not helpless, they were just not helped.

Dr Leslie Thomas QC is a human rights barrister at Garden Court Chambers specialising in public inquiries and inquests. He represents 23 survivors and relatives of those who died at the Grenfell Tower.