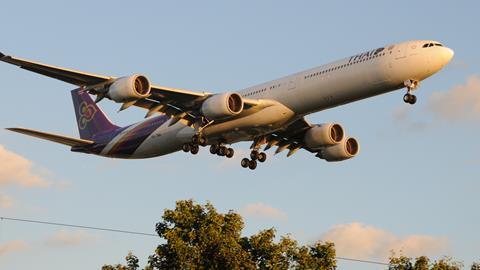 Aviation has always been riddled with dodgy dealings

Paris, 2013. Spectators at the world's greatest airshow watch enthralled as Airbus’s latest bird, the A350 XWB, makes an almost silent pass 600 feet over Le Bourget Airport before opening up the throttles for a banking turn to show off its artistically curved wingtips.

It was an impressive fly-past - not least for being the A350's third ever test flight. But it was not the only sales pitch Airbus was making that year. Thanks to a statement of facts published last week under an unprecedented three-country settlement of bribery allegations, we know that parent company Airbus SE was busy engaging 'Intermediary 1', the wife of 'SriLankan Airlines Executive 1', through a straw company registered in Brunei. Despite lacking any aerospace expertise, Intermediary 1 was offered up to $16.84m 'to influence' SriLankan Airlines' purchase of 10 aircraft and the lease of an additional four.

This is the gist of one of five 'failure to prevent' indictments under the Bribery Act, the prosecution of which was deferred under the seventh and largest such agreement to be reached under the UK Crime and Courts Act.

Deferred prosecution agreements are open to criticism from two directions. At one level they can be attacked as a soft touch, turning the penalty for criminal behaviour into little more than a glorified parking ticket and letting indvidual executives off the hook entirely. From another direction we can object that the way they put pressure on corporates to make a public confession rather than testing a case in the court of law is the antithesis of justice. What happened to the presumption of innocence?

But when it comes to the global aerospace industry presumptions of innocence are sometimes hard to sustain with a straight face. Over the decades, dodgy decision making, whether driven by politics, cronyism or straight old fashioned bribery, has shaped the outcome of contract after contract. The effect is most dramatic in defence. Famous historic examples include the corruption behind the Lockheed Corporation's promotion of its 'widowmaker' F104 and the Kingdom of Saudi Arabia's decision to procure the totally unsuitable English Electric Lightning from the UK - which needed the dollars to procure the equally useless F-111 from the United States.

In his landmark 1970s expose The Arms Bazaar, Anthony Sampson observed that military procurement has always been pecularly prone to graft. It typically involves a small number of state employees picking between a handful of suppliers for massive contracts. But the same factors have long been at play in civil aviation, especially when state-owned national champions are involved. Unhealthy relationships do not always imply old-fashioned monetary graft - see the institutional capture apparent in the original certification of Boeing's 737 Max.

Against such an established culture, will last week's deferred prosecution agreement make a blind bit of difference? The embattled Serious Fraud Office has obvious reasons to talk it up as a win, while bemoaning the difficulty of securing individual criminal convictions in English law. Despite scepticism in some quarters, especially over the failure to name names of individuals, the SFO's self-congratulation does not seem mis-placed. The three-jurisdiction character of the deal (the investigation was carried out jointly with France's Parquet National Financier and in parallel with those by the US Department of Justice and State Department) marks a genuine sea change. It is also notable that the SFO resisted pressure to wrap its separate investigation in to Airbus's subsidiary GPT. With Boeing's 737 Max woes, it means that the two big players in civil aerospace are now operating with police cars very visibly in their rear-view mirrors.

There could be another reason for hope. Dodgy dealings tend to proliferate when airlines are run as expressions of national prestige or extensions of industrial policy (think Concorde). Of the indictments listed in the Airbus DPA, three relate to government-owned airlines or agencies. But of course the industry is changing, albeit in some parts of the world more quickly than others, as hard-headed bean-counters take control. When the sole rationale for a purchasing decision is cost effectiveness, there is less room for politics and graft. And alas for superannuated schoolboys like yours truly, less room for airshow stunts also.