Despite a record £833m penalty for Airbus, anti-corruption campaigners remain sceptical about a DPA regime plagued by ‘discrepancies’ that appears unable to hold individuals to account

A significant footnote concludes the statement of facts agreed as part of the largest corporate deferred prosecution ever reached in the UK: ‘Airbus agrees that no tax reduction will be sought in the UK or elsewhere in connection with the payment of any part of this financial penalty.’ 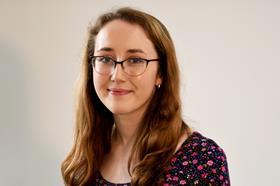 The provision calls attention to an anomaly: fines levied by a public authority, even, famously, parking tickets, are not usually allowable as a business expense against tax. The fact that the DPA has to spell this out suggests there is room to wiggle. It also suggests that Airbus – a company with a £53bn turnover – might view its eye-watering £833m penalty as a routine cost of doing business.

The three-nation settlement of corruption charges against the aerospace giant – the seventh such agreement reached under schedule 17 to the Crime and Courts Act 2013 – contains other nuggets of interest. The UK element was sealed in a packed courtroom in the Royal Courts of Justice on 31 January, at the unusual listing time of 3pm. Summing up the agreement to suspend five indictments under the Bribery Act, Dame Victoria Sharp, president of the Queen’s Bench Division, said that bribery was ‘endemic in two core business areas within Airbus’. She imposed a penalty and costs amounting to €991m (£833m) in the UK and a promise of ongoing good behaviour in return for the suspension of five indictments under the Bribery Act.

The wording of the agreed statement of facts hints at the complications involved. One such was a ‘blocking statute’ which prevents any French citizen from communicating documents or information ‘which could constitute evidence in foreign judicial or administrative proceedings’. The French authorities concluded that compliance required them to exclude facts ‘detrimental to the essential interests of France’. This included the publication of specific contract values.

The indictment, which has been suspended for the term of the DPA, covers five counts of failure to prevent bribery. The conduct involves Airbus’ Commercial and Defence & Space divisions in Sri Lanka, Malaysia, Indonesia, Taiwan and Ghana between 2011 and 2015.

Airbus has agreed to fully cooperate with the SFO and its law enforcement partners in any future investigations and prosecutions, and to disclose any subsequent wrongdoing by the company or its employees. If the company does not honour the conditions of the DPA the prosecution may resume. However the court heard that the SFO had not sought compensation for losses, as Airbus’ failure to prevent bribery had no easily quantifiable cost.

‘The DPA regime was expressly designed to encourage self-reporting but provides no real incentive for companies to do so. Airbus clearly sat on its hands until it had no option but to cooperate, but got credit as if it had self-reported.

‘We’re disappointed that individual prosecutions weren’t announced at the same time as the DPA. Airbus should be made to come public about how much it has paid off some of the executives who were identified by position, if not by name.’

Holding individuals to account is a problem that haunts the SFO. Since their 2014 introduction, DPAs have failed to coincide with individual convictions, despite various executives standing trial. SFO director Lisa Osofsky blamed this on the high evidence threshold in fraud cases. Speaking to the BBC, Osofsky said: ‘I wish we had some of the lower [evidential] standards for fraud because we have an antiquated system… In fraud cases I’ve got to have the controlling mind of a company before I can get a corporate in the dock. That is a standard from the 1800s, when mom and pop ran companies. That’s not at all reflective of today’s world.’

Osofsky also hinted that criminal prosecutions could be thwarted by the international nature of the Airbus case – namely, France’s control of information. ‘The French cooperated beautifully… But they still controlled the flow of information. Will we be able to get all the information we want if we want to do more? That’s a question.’