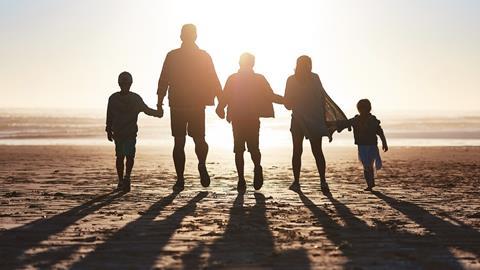 Research by the University of Wolverhampton commissioned by the Mayor of London in January 2020 estimated that there were more than 133,000 children and young people living in London without secure immigration status. Looking across the UK, that number rises to 215,000 children and 117,000 young people aged 18-24.

Such insecurity permeates every aspect of a child’s life. It affects family life, employment prospects, social networks, friendships, housing, access to medical help and justice. As these young people transition into adulthood they are excluded from work and higher education and may be removed to a country they’ve never lived in, or in many cases even visited.

At Kids in Need of Defence UK (KIND UK), a pro bono project developed to provide legal representation to children without secure immigration status, the ambition is to change this and create a world where every child has the opportunity to thrive.

In 2016, with the support of KIND, a US pro bono charity, and a long-term funding relationship with Microsoft, KIND UK pioneered a ground-breaking model of pro bono legal support with the potential to help thousands of children and young people secure their immigration status. Each KIND UK hub (Central England Law Centre, Coram Children’s Legal Centre, Greater Manchester Immigration Aid Unit, Just Right Scotland and Migrant & Refugee Children’s Legal Unit) employs specialist children’s immigration solicitors to train and provide close support to lawyers from City law firms, who then prepare applications for citizenship or leave to remain for children, young people and their family members on a pro bono basis. What is unique about the project is that our pro bono lawyers 'own' the case from start to finish, albeit with dedicated support and supervision from a specialist children’s immigration solicitor.

In England and Wales, immigration and citizenship cases have not been in the scope of legal aid since 2013. In Scotland, legal aid can be both inaccessible and inadequate. The lack of access to free, specialist and high-quality legal assistance is a significant barrier to undocumented children and young people. Sadly, it also leaves them vulnerable to unscrupulous lawyers willing to take advantage of their situation.

By partnering with reputable City law firms via KIND UK hubs, this barrier is removed and the families not only get access to high-quality legal assistance which is free, but are generally supported by a team of lawyers. One of these firms is Covington, which has been taking on immigration and citizenship cases – sometimes in collaboration with in-house lawyers at Microsoft – since the end of 2016.

A recent case – which was overseen by Antonio Michaelides, a Covington lawyer who is one of the two KIND UK coordinators at the firm and someone who has assisted a number of families – provides a good example of where this kind of pro bono arrangement can make a real difference.

The firm represented two minors born to Ghanaian parents in the UK, as well as their mother, with applications to regularise the family’s status in the UK. Ordinarily, this is a 10-year process ultimately leading to permanent or indefinite leave to remain, with renewal applications made every 30 months. During the fact-finding stage, Antonio was presented with some important information about the nationality of the mother’s father and her early life in the UK, which led him to consider whether the mother may have had existing rights under EU law. Based on this, Antonio and the team strategically opted for an application under the EU Settlement Scheme (EUSS) – a riskier approach in the circumstances, given the lower chances of success, but one that would afford the family incomparable rights and entitlements, if successful.

The team worked hard to obtain as much supporting information as possible, in order to present an application for the mother under one of the 'special' grounds of the EUSS. The mother was subsequently granted settled status, giving her indefinite leave to remain with immediate effect and her two sons – the main clients – an instant entitlement to register as British citizens. The entire family now has indefinite leave to remain, and will not have to spend 10 years making renewal applications and living in fear that their access to public funds could be cut at any point during that period.

The outcome in this case cannot be overstated; obtaining leave to remain for any undocumented family is a life-changing step in and of itself, but obtaining indefinite leave to remain via the EUSS really is something else. As a result of the mother being settled in the UK, the children now have an immediate entitlement to register as British citizens, giving them access to significantly more opportunities and support. The relevant KIND UK hub commented that 'this may well be the best result we have had for a family in our hub of KIND because of the enduring and settled nature of the leave to remain obtained'. In the wider immigration sector, even specialist lawyers struggle to persuade the Home Office to grant settlement under the EUSS in unusual cases such as this one.

Lack of access to quality legal assistance isn’t the only barrier to children and young people realising their rights. In February 2021 the Court of Appeal confirmed that the Home Office had failed in its duty to make the best interests of children a primary consideration when setting children’s citizenship fees, potentially depriving thousands of children of their right to British citizenship. Currently set at £1012, £640 of the fee is profit used to subsidise parts of the immigration system. There is no provision for a waiver or fee reduction. Whilst the Home Office reconsiders the fee, children, their parents and local authorities continue to have to find over £1000 in order to make an application for citizenship which, most of the time, is something the children affected are entitled to by law.

In parallel to the increase in citizenship fees the cost of an application for a child to regularise their immigration status is £2033 (a 238% increase since 2014). The application has to be made every two and a half years for a period of ten years unless the child becomes entitled to citizenship in that time. Where a whole family is applying for leave to remain, each member has to pay this fee. Whilst there is provision for a fee waiver for such applications the process and evidentiary requirements are prohibitive, to the extent that many of our pro bono partners will have one team working on a family’s fee waiver application whilst another team works on the family’s substantive application for leave to remain.

Whilst we have helped hundreds of children and young people, research tells us there are thousands more. We reach the children and parents who approach us online or through one of our hubs but what about the ones that don’t yet know that their status is insecure or the ones that don’t know that just the fact of being born in the UK doesn’t make you British? We have developed teaching resources and worked with schools to develop know your rights information, our hubs work with local authorities to ensure looked after children are having their immigration and citizenship needs met. However, to achieve our aim of even fewer children and young people in the UK experiencing barriers to social inclusion caused by insecure immigration status there are so many more children that we must find ways to reach.

We know that the way to change the issues preventing children from accessing their rights requires a multifaceted approach. We believe that working together with our pro bono partners we can have a stronger voice to advocate for changes to government policy and practice which negatively impacts the children we work with, and we hope that we can provide a space for the children we work with to make their own voices heard. It may seem, at first blush, that community advice charities and international law firms make an unlikely partnership but four years on from our official launch those partnerships keep getting better and bigger and stronger.

Antonio Michaelides is an associate at Covington in London. Katie Fennell is the KIND UK national coordinator