Elephants in the room

The Legal Services Consumer Panel seems to have made use of a random quote generator in responding to last week’s landmark report on legal needs. Not only did it pledge to ‘adopt a collaborative approach among the breadth of stakeholders’, it also vowed to ‘work hard to facilitate solutions’. 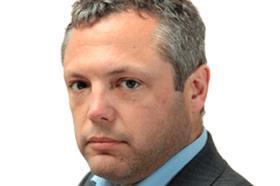 Who talks like that? If you’ve got nothing to say, say nothing.

As the panel is an offshoot of the Legal Services Board, perhaps we should not have expected much. Some of the report’s more interesting findings do not, after all, sit entirely comfortably with further market liberalisation shorn of state intervention.

Still, a body whose terms of reference under the 2007 act include ‘speaking out publicly on behalf of consumers’ should have said something about the report’s findings on legal aid. Huge numbers of poorer people who are eligible for legal aid just aren’t aware. Is the panel bothered by this, or that equally huge numbers of the same people can no longer get advice in areas where their need is greatest – a fact writ large in the same report?

Majoring on ‘unmet legal need’ (as the LSB did) without alluding to the impact of LASPO borders on the deliberately obtuse.

Better public education on what is available would clearly be helpful. But it is no panacea for the disadvantaged when their publicly funded route to justice has been stripped away in so many areas.

We must infer that a significant minority of people are unwittingly exposing themselves to severe detriment when things go wrong, because they wrongly assume they have comprehensive rights of redress. Perhaps that is not the state’s problem, though. Or the regulators’ problem. Caveat emptor. The benign paternalism embodied by civil legal aid already appears a quaint relic of a more inclusive age.