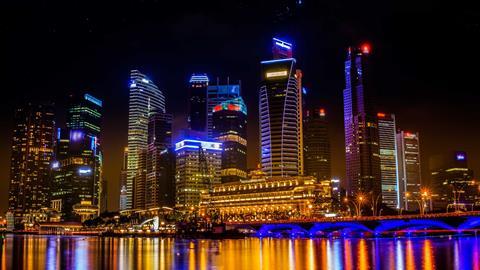 For many in-house counsel, the concept of mediation being reflected in transactional documents is considered very much a 'boilerplate' provision to which little if no consideration is given to how this will apply in practice. Sometimes no specific mention is even made of mediation - references are made to a governing law clause only. The last thing parties to a transaction wish to contemplate is the 'disaster scenario' or what happens if a dispute or disagreement occurs. It is common for in-house counsel drafting the contracts in the first place not to have a litigation/dispute resolution background. Accordingly, they often lack this perspective. Better use of the model clauses now available is therefore of importance. In-house counsels need to be aware of this and know where to find them. 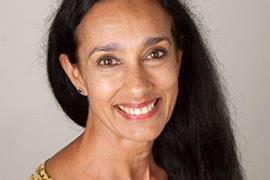 Many contracts have multi-tier dispute resolution clauses in the hope that disagreements can be resolved at the early stages by use of an internal company management dispute resolution process. However, the jury is out on how successful this internal process really is, absent a skilled experienced independent mediator’s intervention.

In many jurisdictions across the world, mediation is gathering traction to settle pre-litigation disputes, cases on appeal and actively litigated cases. As a matter of judicial policy, often courts will mandate that parties engage in some form of alternative dispute resolution. This often includes mediation and some sort of early neutral evaluation. Often the issues in dispute can be narrowed down through this process. This will allow the ongoing dispute to focus on more material matters that remain unresolved.

Under the Mediation Act, one can, with the consent of all the other parties to a mediated settlement agreement, apply to record the agreement as a court order, which can then be enforced in the same manner as a judgment. Under the Singapore Convention on Mediation, enforcement of international commercial mediated settlement agreements within signatory countries will be possible. This is a critical embellishment to mediation as a process especially for multi-jurisdictional disputes.

Given this developing back drop the question is whether to mediate or not to mediate? I think going forward there will be a natural gravitation towards mediation as part of the ordinary course for parties and in-house counsel. It is only a question of time. The rising costs of litigation and arbitration respectively, the amount of time proceedings can often take coupled with the sour taste often left post proceedings, will create an opportunity for mediation to have a more compelling role.

While the concepts of mediation have been around for centuries and culturally are second nature to people in Asia, these recent developments provide an opportunity to resolve disputes in a less adversarial setting than courts or arbitration. Both the Mediation Act and the upcoming Singapore Mediation Convention provide parties with an enhanced set of options. Parties, through mediation, stand a better chance to both manage and preserve their commercial relationship, avoiding acrimony during that relationship. It also provides a cost-effective route to dispute resolution. The reality is that many disputes can be resolved during early stages and have a good chance to succeed if facilitated by the right type of intervention. Often, a trained and independent mediator can be very impactful and effective.

Mediation also enables the parties to resolve disputes swiftly and amicably. Generally, mediation can often be settled within a day. Mediation also offers the corporate litigant the opportunity to avoid additional fees, expenses, resources and uncertainty in outcome inherent in continuing the dispute rather than settling. Mediation can often provide a platform which enhances the possibility of a settlement or a negotiated restructuring of the parties’ business relationship that may otherwise be impossible if the dispute continues endlessly. Mediation should be seen very much as a process giving parties a forum to explore resolution of serious issues in a productive and proactive manner with the help of a neutral person who facilitates the building of a mutual understanding between the parties to preserve relationships. It also provides a baseline for analysis and exploration of all parties’ interests.

There is however a remaining perception that to mediate essentially allows a 'fishing expedition' to see if the other side have a trump card. There is also the perception that when parties are in the middle of a dispute offering or proposing mediation or other form of alternative dispute resolution options, it is a sign of a party’s weakness. The challenge for advocates of mediation will be to help dispel these current embedded perceptions.

There is no guarantee that mediation will always lead to a final resolution. It is an entirely consensual process. For mediation to be effective in practice the parties must have, in the first place, the desire to settle early in the process. This commitment is an essential prerequisite. When parties are willing to participate with an earnest attempt to listen and to understand, acting in good faith, mediation is usually successful. Equally important is the selection of the right mediator and to draft the clauses carefully. Having the right calibre mediator is critical and can make all the difference to a successful outcome. In-house counsel should carefully vet the potential choices, considering the corporate decision makers who will attend the mediation and the type of mediator most likely to resonate with them and assist in finding appropriate solutions. The mediator’s style, expertise and track record are important to gain a high degree of confidence that the mediator is well-suited to the corporation’s decision makers and concerns.

The Singapore Convention on Mediation will now give greater certainty of enforcement where maintaining an ongoing relationship is of paramount importance, especially in international contracts (where parties may have different experience/expectations of dispute management), this may well become a strong catalyst for mediation being the preferred approach. Indeed, mediation is often seen to be faster, more cost-effective and has a high settlement rate, with mediation centre providers reporting settlement rates of between 75 to 90 per cent. It is likely that parties will treat mediation more seriously and be less likely to rush through the provisions in contracts and not see it as merely a 'boilerplate'.