Do newly qualified solicitors get paid too much? I hesitate to ask the question, lest it send a goodly number of our more recently acquired readers into a frothing rage. The answer, of course, depends on who you ask. A newly qualified legal aid lawyer would laugh sardonically – but only, perhaps, with reference to her own meagre stipend. She might cast a resentful glance at the glittering towers of the Square Mile and wonder. 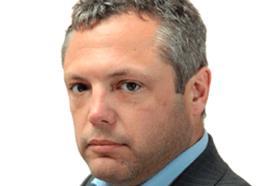 One consequence of the American invasion of London in recent years has been a talent war that has sucked in indigenous firms. NQ salaries among the top echelon were already surging before the pandemic and the approach of ‘Freedom Day’ has ended an all too brief ceasefire. US firms are paying NQs approaching and even in some cases beyond £150,000 a year – about five times the national average wage. Magic circle firms have pushed their own NQ salaries into six figures in response.

A common observation is that the recipients of such largesse can in no way deliver the value to clients that such an eye-watering paypacket ought to connote. But in one key respect this misses the point. Like 24-year-old beancounters being charged out to clients at hefty hourly rates by accountancy firms, it is rare that the ‘client’ sitting opposite is paying from their own pocket. The company picks up the tab – and no one got fired for hiring the best-brand advisers. That is why many corporates keep hiring Big Four firms even though, in theory at least, a non-Big Four firm could often do the job more cheaply.

Not unreasonably, meanwhile, equity partners want the best. And if they can load the cost of employing the best on to clients rather than dilute their own profit share, that is what they are going to do.

Underlying the angst among some solicitors lies a more general fear about what the growing polarisation of pay implies. If one NQ solicitor can immediately look forward to earning seven times more than another, are they effectively joining different professions? There is no easy answer to that question. ‘No, but…’ would be mine.