Is the Nationality and Borders Bill just another example of bad law-making?

The Nationality and Borders Bill continues a trend that has been seen in many of the government’s flagship, post-Brexit bills, namely the placement of wide delegated powers in primary legislation, leaving future policy-making in the hands of the executive. The bill as it proceeds to the House of Lords contains 19 clauses which create or amend existing delegated powers and four Henry VIII clauses, which give ministers the power to amend and rewrite primary legislation. The use of delegated powers and Henry VIII powers undermines the government’s claimed post-Brexit desire to return control of UK borders and immigration policy to parliament. Instead, many substantive clauses have been inserted at the last minute and other details have been left to delegated legislation, all of which concentrates power in the executive. 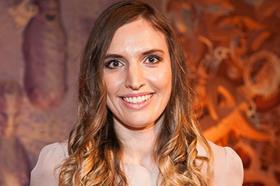 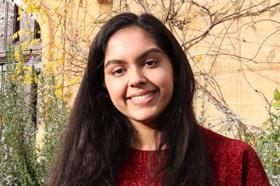 When it was introduced, the bill included six placeholder clauses; these are drafted as powers to make regulations and contain no substantive policy. The bill went to committee in September but it was not until well into committee stage, on 21 October, that the placeholder clauses were replaced with substantive clauses. At the same time and without warning the government included four additional clauses. These were:

As a matter of principle, placeholder clauses are problematic for a number of reasons. Firstly, they are an indicator that legislation is being hastily introduced to parliament without adequate consideration of its content. The insertion of 10 new substantive clauses late in committee stage indicates that at the time of the bill’s introduction the government had not finalised important policy decisions and lacked a firm understanding of its intended course of action. Due to their late inclusion, the additional clauses were not included in the Impact Assessment (IA) of the initial bill. An IA should include ‘detailed consideration of the costs and benefits of the policy chosen and allow it to be compared with rejected alternative solutions’. This means that parliament has not had as much opportunity to assess the benefits and drawbacks of those provisions as it should have.

Placeholder clauses also sit uneasily with the concept of parliamentary sovereignty. Important matters of policy should be placed in primary legislation so that they can be debated before laws are passed. The introduction of ten substantive clauses at committee stage significantly limits the time available for their appraisal. The Constitution Committee has said that it is not ‘normally appropriate to insert new or substantial policy content into a bill at a late stage, as this may result in inadequate parliamentary scrutiny’. The upshot of this is that legislation does not receive the required public consultation and time for debate and review.

Clause 9 gives the Home Secretary a number of broadly drafted exceptions to the requirement that a person should be given notice of a decision to deprive them of citizenship. The practical effect of not giving notice to an individual is that they cannot appeal that decision. Such a significant change to the law, and one which effectively deprives individuals of their appeal rights until or unless they learn of a decision, should not be introduced at such a late stage and in a way which circumvents – at least in one house - many of the safeguards built into our parliamentary process

The bill includes four Henry VIII clauses; these are generally regarded as the most pernicious form of delegated legislation because ‘they give the executive the authority to override the requirements of primary legislation and thereby directly violate the principle of 'parliamentary sovereignty'. Lord Judge has described every Henry VIII clause as a ‘blow to the sovereignty of parliament’. The Nationality and Borders Bill contains one particularly wide clause of this nature. Clause 80 allows the minister to use regulations to amend any piece of primary or secondary legislation ‘as the secretary of state considers appropriate in consequence of this act’. This wide power for ministers to rewrite primary legislation is narrowed only by the requirement that it is in consequence of the Act. Furthermore, appropriateness is a test based on the subjective judgment of the minister and therefore accords ministers a very broad discretion. The Delegated Powers and Regulatory Reform Committee has in the past recommended that powers should be restricted by an objective test of necessity rather than a subjective test of appropriateness.

The bill contains many other examples of changes to substantive policy that are ill-suited to delegated legislation. Clause 26 accords to the secretary of state the power to make regulations specifying the criteria for determining which cases can be categorised as ‘accelerated detained appeals’ and can therefore be decided through a more rapid appeal procedure where applicants will have less time to prepare their appeal. Apart from specifying which detainees can be subject to the rapid appeal procedure the provision leaves all other criteria up to the discretion of the secretary of state. Furthermore, the power to make these regulations is via the negative resolution procedure meaning there will be no opportunity for parliamentarians to debate the criteria selected by the secretary of state. The use of the negative resolution procedure to enact this change is especially problematic given that a previous ‘fast-track’ asylum procedure was held to be unlawful by the courts(The Lord Chancellor v Detention Action [2015] EWCA Civ 840).

The substantive features of the bill are more than just examples of a weakened parliamentary process. They give rise to significant policy concerns. PLP and Justice have highlighted thatreductions in procedural fairness protections are littered throughout the Bill. In addition to the accelerated detained appeals process addressed above, clauses 20-25 of the bill empower the secretary of state to serve Priority Removal Notices (PRNs). PRNs shorten the time available for challenging a removal decision and prejudice any evidence provided after this date. The severity of these provisions is compounded by clause 27, which removes the right to appeal a decision from outside the UK once it has been certified as ‘clearly unfounded’ (a certification that can be made by giving minimal weight to any evidence received after the PRN cut-off date).

What the bill represents is a scrutiny deficit on both ends of the legislative process: it confers broad powers to ministers which are not receiving adequate parliamentary scrutiny, while in its substantive provisions it is limiting the avenues for post facto appeal. By combining poor law-making practices with the slashing of substantive procedural rights, the bill poses a unique threat to both access to justice and the rule of law.