It’s about time the government helped the NHS, not the insurance industry

If passed, the government’s proposals to extend the Fixed Recoverable Costs (FRC) fast track to cover most civil cases up to £100,000 will enable insurance companies to save millions of pounds. In response, law firms will undoubtedly need to re-evaluate their caseloads and consider the most cost-effective ways to approach a claim, with the victim potentially losing out significantly. Alongside these developments looms the inevitability of the trillion-pound insurance industry receiving another healthy boost. Surely, then, it would be reasonable for the industry to contribute some of their savings to an area of society upon which they could have a hugely positive impact? 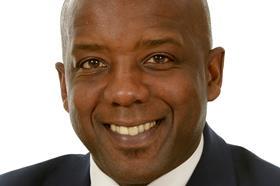 It is no secret that our healthcare system is under more pressure than ever before. The £20bn boost to the NHS and proposed recruitment initiatives illustrate some of the steps the government is taking to address the crisis. Nevertheless, the government seems to be working elsewhere to save more money for insurers, instead of asking them to contribute to the NHS in areas where they should rightly be claiming responsibility. As a solicitor working in major trauma, I see time and again how victims of trauma could — and should — benefit from extra funds contributed by insurance companies.

Provision of care for trauma victims could indeed be supplemented through reform of the NHS Injury Cost Recovery scheme (ICR). ICR allows NHS bodies to recoup part of the cost of treatment for individuals with injuries where another party has made a compensation payment. However, whilst the amounts that the NHS can recover from insurers were reviewed in 2003, they were set at conservative levels and capped, with the result that an ever-increasing burden is being placed on already stretched NHS budgets, and innocent victims are suffering as a result.

Over the past few years caps have not kept up with the costs of medical care; it is estimated that NHS major trauma centres spend at least £16,000 per week per in-patient, but the compensation to the NHS from insurers is capped at £5,831 per week per in-patient. Meanwhile the current system does not allow the NHS to recover costs for both in-patient and out-patient care. The result is that the NHS is having to pay for treatments that should rightly be covered by insurers. From a conservative estimate, the cap is costing our health service – and ultimately the taxpayer – around £440 million per year; significantly larger than the £170 to £190 million figure quoted in the out of date NHS Injury Cost Recovery Scheme – Regulatory Impact Assessment published in 2006.

When insurers are set to save on FRCs, therefore, it is only fair that the industry is asked to increase its contribution to other areas in need; namely the Injury Costs Recovery scheme, which is already in dire need of reform. This would help to make sure that victims of serious injuries are given the long-term rehabilitation support they require on the NHS.

The government has donated significant resource to accommodating the insurance industry. Instead of succumbing to the demands of this substantial lobbying force, it is now time they focus their efforts on saving taxpayers’ money and allocating funds to our ailing healthcare system. Requiring insurers to pay more through Injury Cost Recovery will not solve all the NHS’s problems, but it will certainly go some of the way to balance the books.